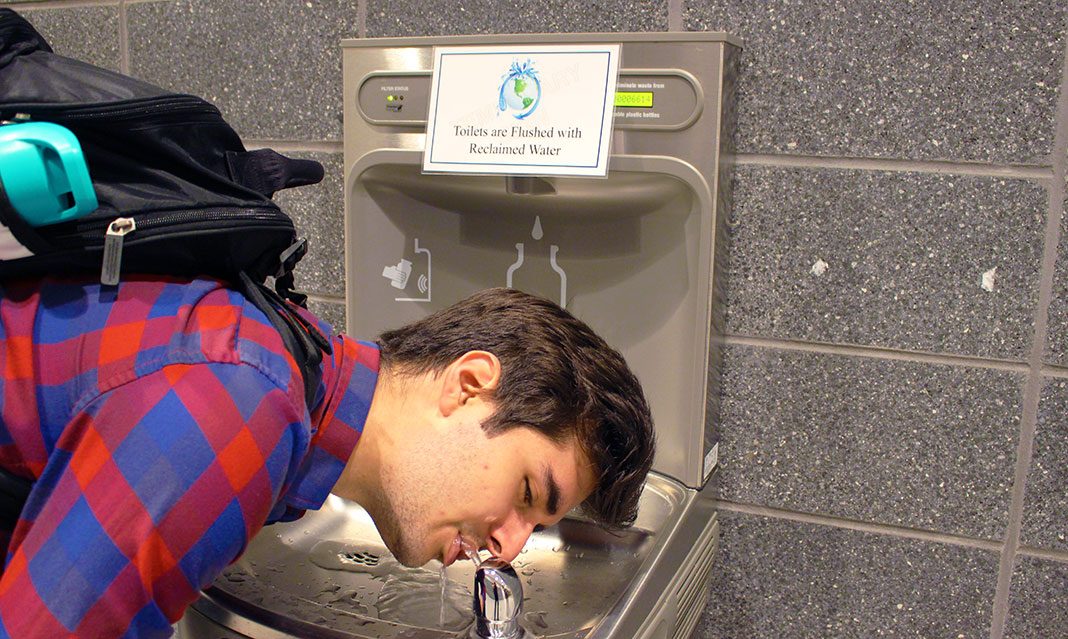 A study issued by the climate activist group All Students Scream (A.S.S.) reports that the Maanjiwe Nendamowinan building, a native student reserve, is now at extreme risk for water contamination. The study comes after the UTM administration decided to build an oil pipeline through the building.

Adding to the problem is the university’s new method for cutting costs of water. Called “reclaimed water,” the method collects the water used for showers, toilets, and water fountains, and recycles it back into the system.

The decision to proceed with reclaimed water was due to water-pipe infrastructure obstructing the development of the oil pipeline system.

Environmental and student activists protested earlier last week, speaking out against the university’s use of the reclaimed water initiative.

“I am absolutely disgusted by the university’s treatment of students on the Maanjiwe Nendamowinan reserve. Recycling toilet water is in no way a solution for oil contamination,” said thirsty first-year student Ryan Thompson.

The Trudeau government has promised to end water contamination in all student reserves by 2021, but A.S.S. activists have criticized the Prime Minister’s promises.

In a statement published to their Facebook page over the weekend, the group wrote, “The [native reserves] are given short-term solutions and we prompt students and faculty to contact Justin Trudeau to solve this human violation permanently.”

Seven pairs of shoes belonging to international students were sold to fund the $800,973.64 removal of the Maanjiwe Nendamowinan water system.