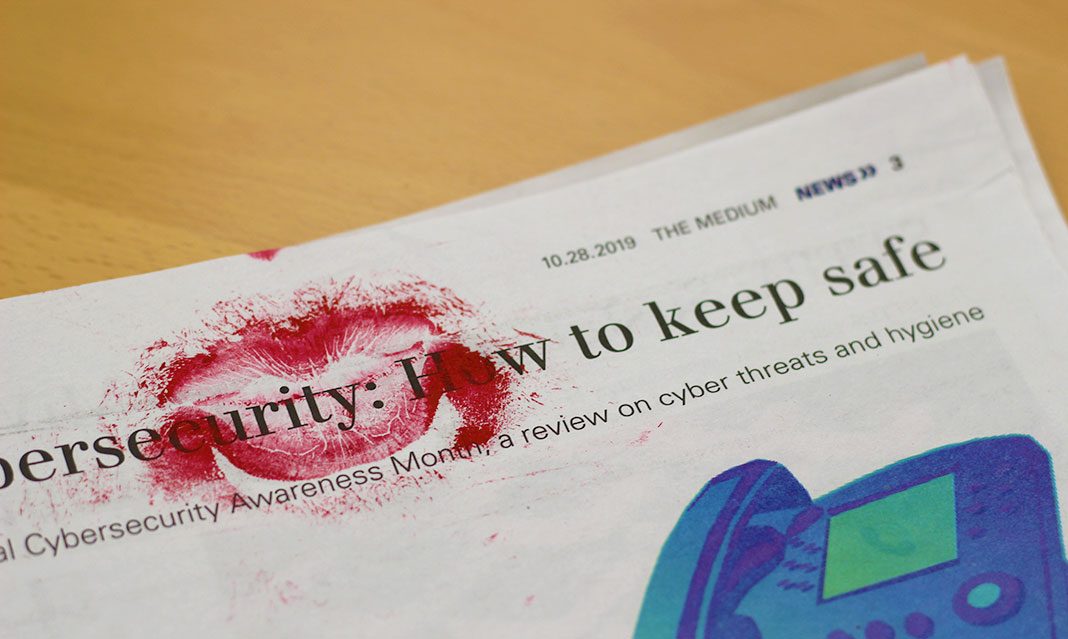 Ever since the recent introduction of The Medium’s Satire section, rumours about the supposed identity of the Satire Editor have spread around campus. The existence of Gordon Cork, the first section editor for the Satire, has come into question. Is he a character used by Editor-in-Chief Ali Taha to say what he really wants to say, a culmination of data collection, or worse, a PWC major?

When it comes to theories around Cork’s existence, people around campus have different approaches.

“I hear it’s not even a real person, it’s an algorithm. It takes content from the previous issues and combines it with recycled jokes.” A student by the name of Condor Grok commented. “He’s basically just a Russian bot. He’s trying to promote free speech, but honestly it just wants to protect the freedom to be an asshole.”

Another student, Cog Dork Ron, offered another explanation involving the head of The Medium. “I heard it’s an alias Ali Taha uses to cyberbully people on Facebook. Have you ever seen Gordon Cork and Ali Taha in the same room? You haven’t. It’s like if Hannah Montana was a guy who never used a razor.”

When pressed for comment, Taha said he was too preoccupied learning a Tik Tok dance to dispel the rumours.

Dr. Kongo Cor, a tenured professor, offered a supernatural answer. “I heard the real Gordon Cork died in a deer fight the summer of 2014, but he never officially dropped out. Maybe he’s a ghost, and haunting us through these awful articles?”

With several theories floating around, it seems like the true identity of Gordon Cork will be unveiled at any moment. And with a name as fake as “Gordon Cork,” it’s a miracle this conspiracy wasn’t uncovered earlier.