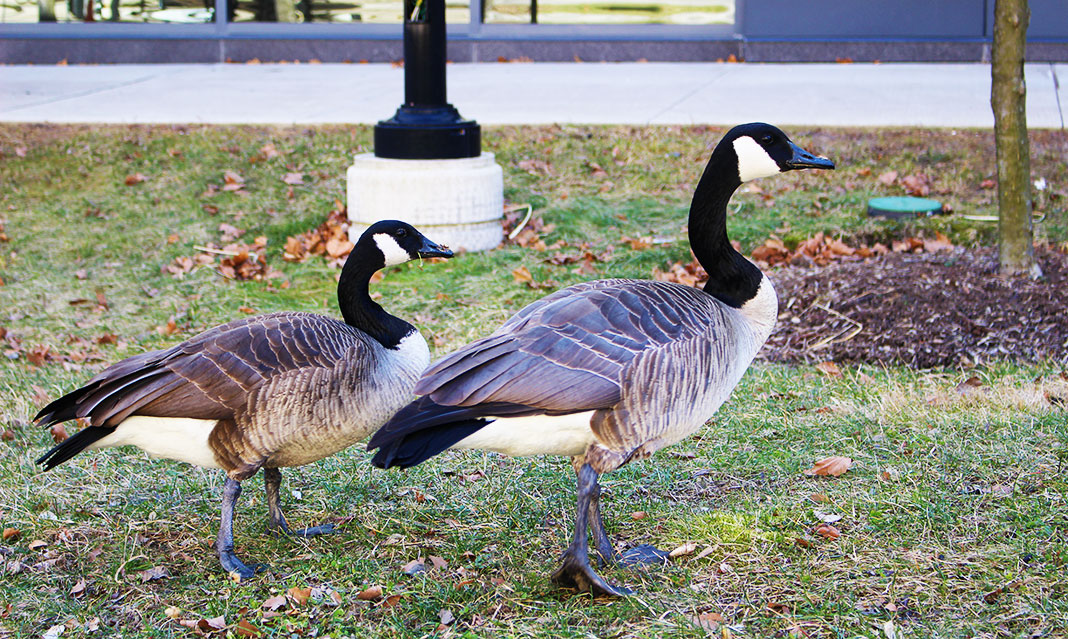 With the UTMSU elections coming to a close, a popular footpath for UTM students is becoming dangerous.

The intersecting pathways that converge in front of the Student Centre are commonly home to the Beavertail and Smoke’s Poutinerie food trucks that frequent the campus, but as of late, the only thing being served is political disinterest and a heaping of geese poop.

A flock of UTMSU executives and Canadian geese returning from migration have made the space a center for confrontation. Man versus bird, student versus student, desperate for approval.

When asked the worst thing about walking across campus, students often gave a variety of answers. One student said, “I almost got bit once. I tried to follow the advice, you know, avoiding eye contact, walking briskly, making yourself appear bigger than you actually are, but he was just so focused. He had braces too which would’ve been bad.”

Another student commented, “I hate the shit they leave on the sidewalks, I accidentally walked into it yesterday and I had someone’s half-baked campaign policy stuck to my boot for hours. It’s really unhygienic.”