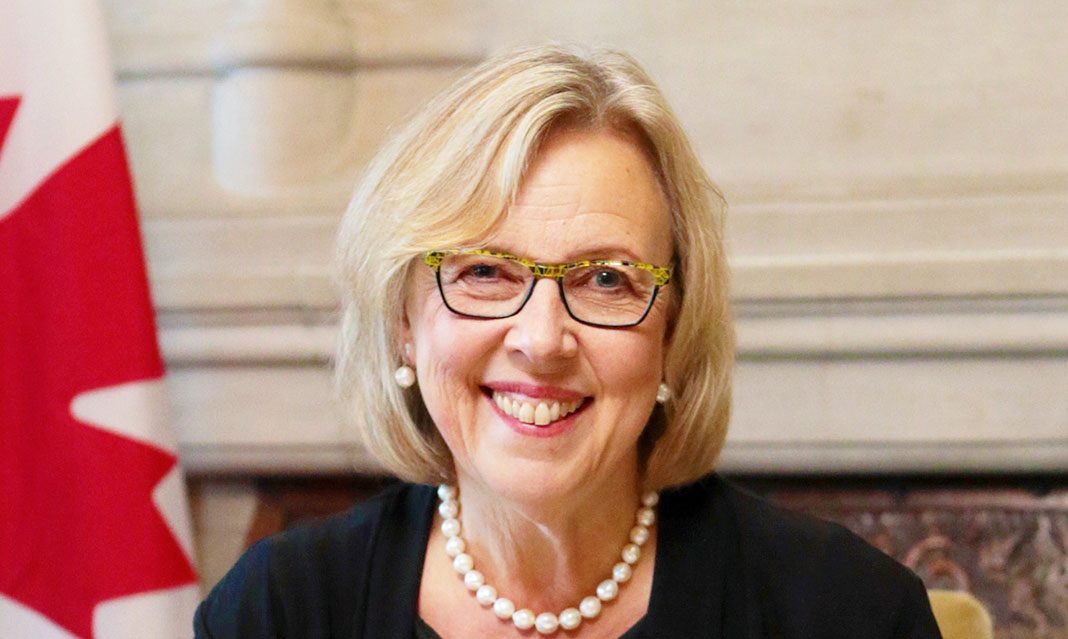 Elizabeth May, federal leader of the Green Party, has become the talk of UTM.

Promising to puff, puff, pass legislation to decriminalize drugs, the Green Party was seen going door to door recently, promoting their platform as well as their current deals of the week.

“I got mushrooms 2 for 1, an ounce of coke 25% off, and if you’re lucky I might let you reopen the abortion debate,” May told a student outside of their townhouse on Leacock Lane.

Hoping to address the growing opioid crisis, the Green Party’s promise to decriminalize drugs is popular among those currently dealing with a drug addiction and those hoping to develop one. A Green Party rally held in the back corner of the P4 parking lot at 1:00 a.m. drew in a few students, most of them hoping that May would fix society, as well as help them get their fix.

A recent mass text sent by the Green Party advising on how to register for the upcoming election was followed by a more threatening message, calling for recipients to “delete this number.” The same day, Elizabeth May and her party were seen outside of Deerfield giving students metal straws as well as fresh syringes. She was later thrown out of Davis after attempting to use chemistry lab equipment to create methamphetamines, but her supply of Xanax and Adderall had already spread through the lecture of MAT302.

When The Medium asked May as to whether she was still selling, she responded, “They don’t call us the Green party for nothing, you feel me?”

When pressed on her thoughts of her political peers approach to the drug crisis across Canada, Elizabeth May announced “I don’t trust Andrew Scheer,” as she paused to cut lines. “He’s a total narc.”

Elizabeth May was recently seen at a residence Halloween party, selling 1/8 of non-legal weed to first-year students. She managed to evade police, as her presence was hardly noticeable once Trudeau, Ford, and Singh crashed the party.

Campus security is on alert for May’s presence on campus and are advising students to steer clear of the “weed leader.”