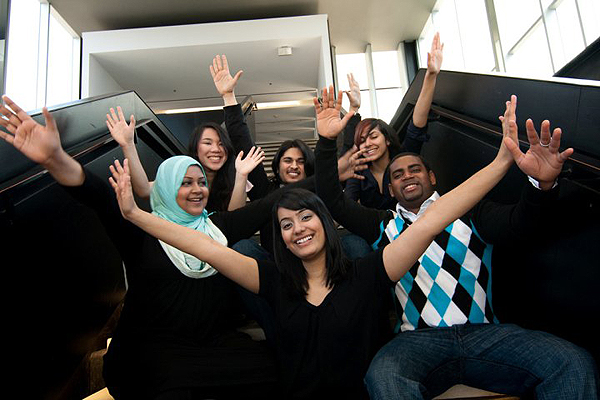 After two weeks of campaigning for the UTMSU spring elections, a 30% voter turnout has set a new record. Voting took place last week on March 16, 17 and 18 and unofficial results have been released. By the end of the voting period, the Yellow team unofficially gained the most votes as well as the most demerit points, with all candidates facing disqualification.

Representatives for the Students United team and candidates of UTM Renew had a chance to appeal the rulings of the Chief Returning Officer (CRO) Kenny Lee to the Elections and Referenda committee, which can overturn rulings made by the CRO.

According to Lee, candidates will have another opportunity to further appeal rulings to the Elections and Referenda Appeals committee. The first round of appeals were presented to UTMSU VP internal and services Carole Au Yeung, president Joey Santiago and board members Hibba Amin, with nonvoting members Lee and the elections DRO Steffi Huynh, who had their original rulings retracted.

The Elections and procedure code states that 35 demerit points is the maximum any executive candidate can reach (the maximum for VP part-time affair is 30 demerit points). An unprecedented amount of complaints were filed in this year’s elections. These resulted in the entire yellow team facing disqualification.

The UTMSU board, however, has not approved the membership of the committee. According to the Elections Procedure Code, “The Elections and Referenda Appeals Committee must be appointed by the Elections and Referenda Committee before the opening of the nomination period.”
Thus, the results of the spring elections remain unofficial (candidates are not deemed elected until they have been ratified by the Union’s Board at the meeting following the election results, with the condition that there is no outstanding appeal involving the candidate).

The Elections and Referenda committee has not provided any minutes to confirm appointing members to the appeals committee before a nomination period. The UTMSU website does not provide updated meeting minutes after January 2010.

Despite results being unofficial and still pending approval of the UTMSU board of directors, presidential candidate Vickita Bhatt sent out a Facebook message to members of her group “Vote Students United” stating “All the candidates from Students United won the positions they were running for!!!” Bhatt thanked students for participating in the highest voter turnout in Ontario.

No date has been set for the ratification meeting of the UTMSU Spring Elections.