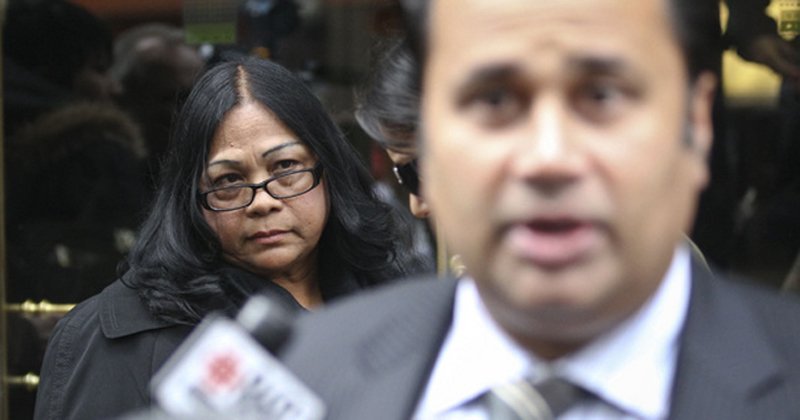 Michelle Marie Gopaul, a 24-year-old Manhattan model and actress, is being charged with kidnapping a three-month-old baby.

Gopaul travelled to Toronto on November 12 on a six-month visa to attend Fiori, a beauty school. She had been to Toronto several times in the past to visit family.

The model/actress misled her ex-Scarborough boyfriend and his twin sisters into believing that she was pregnant with his child. She informed them of the birth of a six-pound baby on December 17, but was unable to recall which hospital she gave birth in because she was too medicated to remember.

The twins bought Gopaul clothes and a car seat for their new niece.

After supposedly giving birth, Gopaul refused to talk to her ex-boyfriend or his sisters. She was scheduled to meet them at the Scarborough Town Centre on December 30, but never showed up and used excuses such as having her passport stolen and losing her purse, reported The Sun. The twins became concerned about the baby.

On December 30, Gopaul was really holding a casting audition for the role of a baby in a Bollywood film at a strip plaza near Birmingham St. and Islington Ave. in south Etobicoke. Newborn Roma Patel was in for the casting call with her parents when Gopaul took the baby to another room to “see how she acted with strangers”. Gopaul then kidnapped the baby and took a cab to Scarborough.

Gopaul then met the twins with the infant. The sisters grew suspicious when the child appeared to be three months old, lacked the umbilical cord remnants of a newborn, and was not in the car seat they had purchased, reported The Sun.

Roma Patel was returned to her parents four hours after being kidnapped.

“My daughter is kind, ambitious and smart. … She wants to do new things all the time,” Bridget Gopaul told The Toronto Star. “I don’t know what has happened in the past few days. We are in the dark as anyone else. I haven’t slept since.”

Gopaul, who studied medicine at St. John’s University in New York, dropped her studies in order to pursue her dreams of acting, dancing, and singing. She modelled, appeared in movies, and recorded CDs.

“She had a huge fan following,” said Bridget Gopaul in an interview with The Toronto Star. “Once, a 14-year-old girl came from New Jersey because she wanted Michelle’s autograph.”

Gopaul came to Toronto to show her mom she could make it on her own.

“She was happy. … She was planning to get a study visa after the holidays. Now all we are hearing is her being called a baby-snatcher,” she said, her eyes filling with tears. “It’s heartbreaking.”

Gopaul is in custody on an abduction charge and is due back in court on Tuesday.