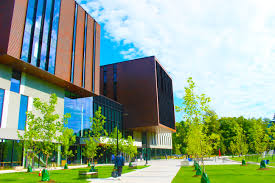 In non-pandemic related news and occurrences, The Medium brings you another brief weekly round-up of various campus and city stories that might interest you.

Last Monday, the University of Toronto Students Union (UTSU) concluded its voting period for the spring 2020 election. Election results were announced on March 28.

Student voters were invited to submit nominations on March 2, along with their pick of candidates during the voting period that ran from March 21 through to March 25. Nominees in the tight race competed for the chance to represent one of the 20 positions across five divisions, including the executive council and VP of professional faculties.

The 2020 spring elections were also held alongside two referenda. One referendum looked to introduce a $1 per semester levy for the UTSU Student Aid Program Fund. Through this program, the UTSU stated they can offer various bursaries and grants to help alleviate financial stress for students.

To accommodate an increase in health plans received by the UTSU, the second referendum included increasing health and dental insurance by 10 per cent.

The fee hike would be implemented on top of the 10 per cent fee already existing in the student union’s by-laws.

The UTSU justified this increase by highlighting its long-time efforts combating a publicized mental health crisis that saw four student deaths by suicide on campus since June 2018.

The health and dental referendum to increase fees by 10 per cent failed to pass in the election, receiving less than the two-thirds majority requirement. The UTSU Student Aid levy increase referendum passed, which will increase student fees by $1 per semester next year.

U of T engineering professor honoured with award

Jason Bazylak, an associate professor at U of T’s Engineering Department, was awarded the Joan E. Foley Quality of Student Experience award on March 12.

According to U of T Alumni magazine, the award extends an annual $1,000 prize for any current or former student, faculty or administrative staff who “made a distinctive and lasting contribution to enhancing the quality of the undergraduate or graduate student experience at the University of Toronto.”

Bazylak is a Métis engineer from Saskatchewan who teaches in the Mechanical and Industrial Engineering Department at U of T. The award showcases his efforts to address marginalized Indigenous women and people in the field of engineering.

Amongst some of his research initiatives, Bazylak focuses on uncovering barriers in STEM fields for Indigenous students and women. His work involves designing approaches to remove these barriers by using technology to increase student engagement.

According to U of T News, Bazylak was involved in leading numerous reconciliation efforts on campus. He is also the Dean’s Advisor on Indigenous Initiatives, coordinating and instructing an award-winning first-year design course called Engineering Strategies and Practices. The course introduces over 1,000 students to the engineering career sector.

Peel Region could not determine the cost of removing 400 litres of red ink that spilled into the Etobicoke Creek last Tuesday.

The creek was left with a concerning shade of bright red—visible over 16 kilometres from north Britannia and Netherhart Roads, and Lakefront Promenade Park in the south, according to reports.

Leaving passersby perplexed at the streaming crimson waters, Peel Public Works confirmed the incident was caused by a forklift that pierced two large drums of printing ink. The ink leakage then escaped the facility into a catch basin, which eventually fell into the creek.

Even after a cause was attributed to the accident, a plethora of people expressed their theories behind the eerie scene.

Next to the amused or humorous tweets, some social media users like Mark Mattson highlighted the potential environmental impact of the accident.

“Such sad news about freshwater Etobicoke Creek that runs into Lake Ontario. The cause needs to be investigated. The impacts on spring habitat in creek need to be accounted,” tweeted Mattson.

According to Peel Region, the company causing the accident will be made responsible for covering clean-up costs. Immediately on site after the spill was the Ministry of the Environment and Conservation and Parks, which did its part to clear-out the creek by Wednesday morning.