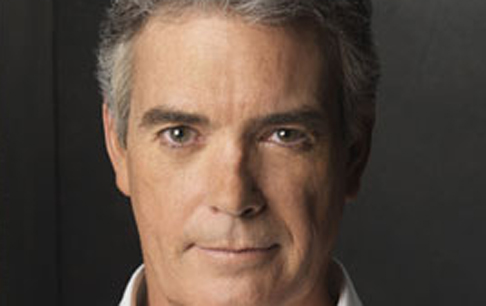 Born and raised in Mississauga, John Roberts, a member of the Canadian Broadcasting Hall of Fame, is leaving CNN’s American Morning to join Fox News as a senior national correspondent.

Roberts, who has been seen on CBS News and CNN for over 20 years, got his start in journalism selling subscriptions to The Mississauga News. He originally wanted a job as a reporter, but when he was only 15 he was offered a job selling papers over the phone.

“When I was working on the second floor of The Mississauga News, I was about 15 and selling subscriptions over the phone, I never had any idea I’d be here today,” Roberts told The Mississauga News in a 2004 interview. “I’ve always been a great lover of the news.”

Roberts attended Lorne Park and Erindale Secondary before attending UTM, where he worked at the campus radio station.

After working at The Mississauga News, Roberts went on to work for CITY-TV and MuchMusic. He left Canada in 1989 to work in Miami and returned to host CTV’s Canada AM before joining CBS News where he frequently filled in for Evening News anchor, Dan Rather. He joined CNN in 2006 as co-anchor of American Morning.

CNN announced last month that Roberts would be relocating to Atlanta as part of a show revamp and to be closer to his fiancée, CNN anchor Kyra Phillips. The couple is expecting twins.

Roberts left CNN in late December of last year and will now be working for Fox News, based in Atlanta. The position will allow him to go back into the field as a reporter. Roberts will be reporting on major domestic and international news stories.

“His reputation as a skilled journalist with years of notable experience in the field will be a valuable addition to our news programming,” said Michael Clemente, a Fox News executive, in a statement.

Throughout his 14 years at CBS News, Roberts received numerous awards, including three national Emmys for his coverage of the Atlanta Olympic bombing, the death of Princess Diana, and the crash of TWA flight 800.