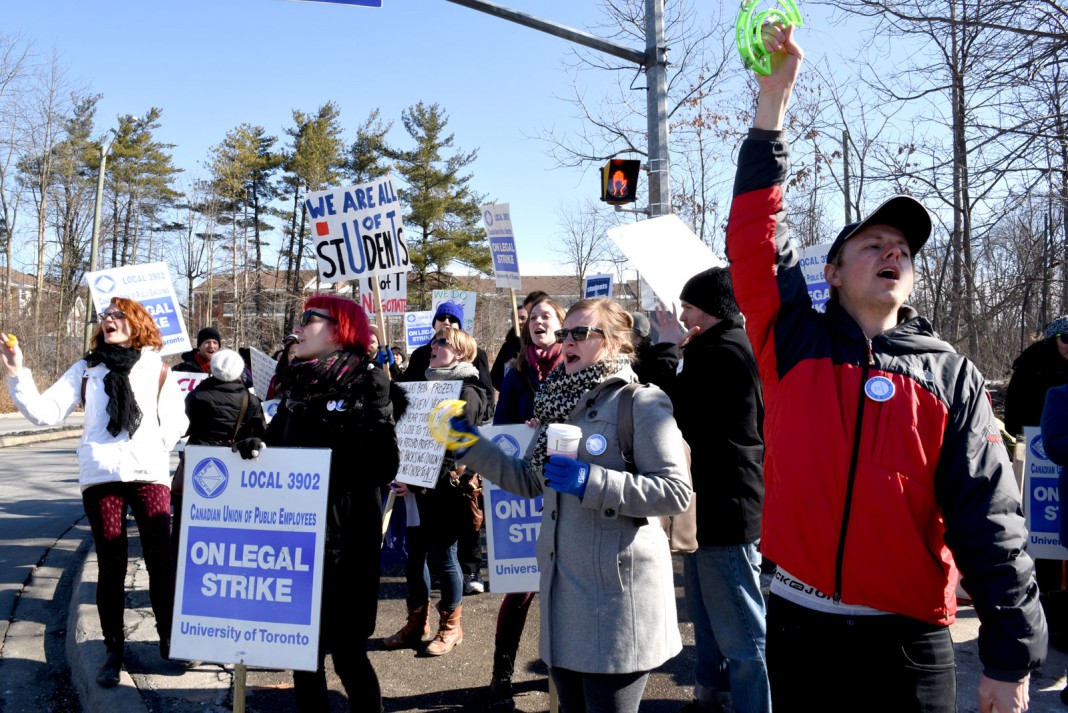 The divisive offer made by the bargaining team of CUPE 3902 Unit 1 was rejected on every point, according to updates by Unit 1 vice-chair Ryan Culpepper and U of T provost Cheryl Regehr.

The offer, which Unit 1 member Milan Ilnyckyj wrote had been narrowly voted in 280-251 by Unit 1 members at a meeting on Friday, was met with a counteroffer from the university.

Unit 1’s bargaining team unanimously rejected the counteroffer, which Regehr described as “responsive” but which Culpepper said “rejected all of what we [Unit 1] proposed”.

According to Culpepper, the offer Unit 1 sent through the mediator on Sunday included raising the minimum funding guarantee from $15,000 to $17,500 and halving tuition for PhD students in their unfunded fifth and sixth years.

In the university’s counteroffer, said Culpepper, the minimum funding part was met but only by reallocating existing funds.

“In fact, the proposal would cost the employer $22,500 less than the tentative agreement rejected on Feb. 27,” he wrote to Unit 1 members.

Regehr’s update to University of Toronto students did not include any details of either offer. It did, however, say that CUPE had “unfortunately […] rejected the offer without taking it to the full membership”.

Ontario labour laws allow the university itself to call a vote on its latest offer by the full membership if it so chooses.

In the aftermath of the latest round of negotiations, Unit 1 is hoping to strengthen the strike. Meanwhile, students have begun signing a petition for refunded tuition.