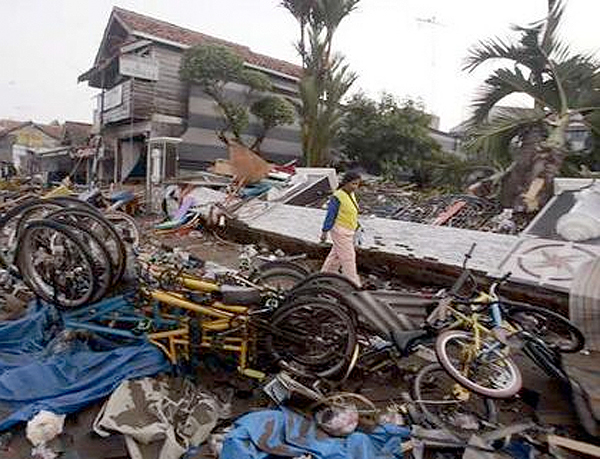 While many Canadians enjoyed the Boxing Day bargains in markets, a group of individuals from across the University of Toronto and the Greater Toronto Area commemorated the victims of the 2004 Boxing Day tsunami that killed approximately 230,000 people across Sri Lanka, India, Indonesia, Thailand and thirteen other countries.

Four years ago, the Canadian Red-Cross contributed over $350 million towards sending food supplies, housing shelters and other necessities for survival to the victims of the flood in response to the devastating impact of the earthquake tsunami.
Mahvish Mirza, a student who volunteered with the tsunami effort in 2004 at her high school, said, It is a pity that so many of us were fundraising money and involved with Red Cross and other international agencies due to the media hype around the

tsunami a couple of years ago, but five years after its over, we have more or less forgotten the entire incident.
Suresh Balaram Sivanandan, whose family was affected by the tsunami, said, It is a terrible situation in Ramanthapuram and the areas in Tamil Nadu. Some of my relatives are still complaining of water contamination and the slow pace of government reconstruction efforts to build schools. Community shelters are slow to come.

Sivanandans relatives perception of the issue only exposes the worst effects of the tsunami. According to a statement by Ban Ki-Moon, the Secretary-General of the United Nations, The earthquake tsunami in South Asia and Southeast Asia is unarguably the costliest natural disasters of this century.

The United Nations development reports stated that an estimated $13.5 billion in aid pledged to reconstruct the entire region is still being reimbursed.

[The reconstruction efforts do] not grant the citizens of Banda Acheh, Srilanka and the affected areas any dignity, said Maya Shahid, a student in Art History. I remember looking at some images of the construction projects, and all I could see were orange, red and blue roofs lined. Orange for world vision, red for Red Cross and blue for United Nations. If you look closely at some of these images of houses from the region, you will notice that stickers and labels of the NGO that constructed the house are pasted on their windows.

At the rate recovery and reconstruction efforts are moving, many whose lives have been affected by the Boxing Day tsunami wonder if they will ever recover a semblance of their former lives.