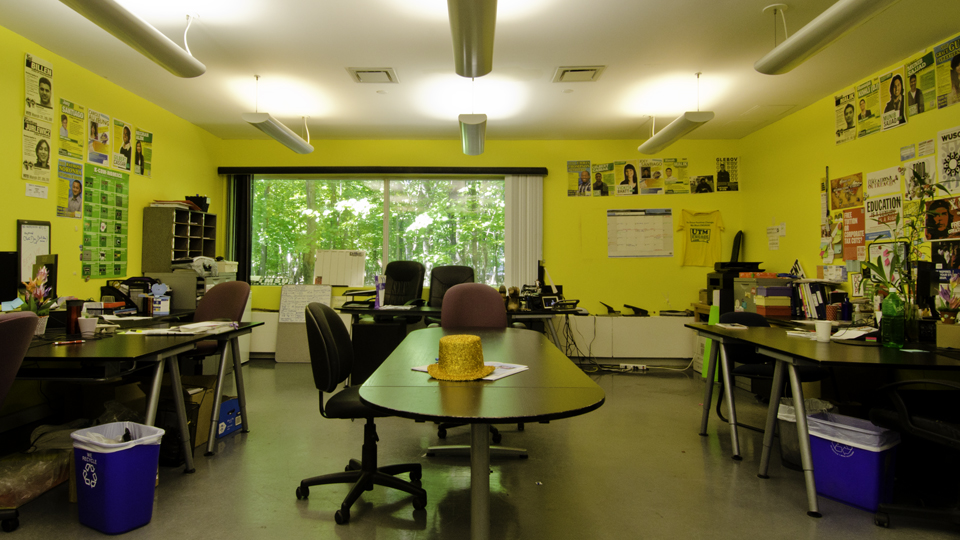 Many students returning to UTM this fall will have noticed that the Ontario Work-Study program positions that they’ve depended on in the past are no longer available.

The reason for this is that in its 2012 Ontario budget, released on March 27, the Ontario Liberal government axed the Ontario Work-Study program, worth $9 million. The funding for the program was allocated towards the “30% Off Ontario Tuition” grant.

The Work-Study program will continue, though institutions now have to cover the expenses centrally. This year’s provincial funding to U of T was $2.5 million, offsetting over 50% of the total cost of the revised Work-Study program.

On April 12, Cheryl Misak, vice-president and provost of U of T, said in a memo: “We regret the government’s decision to discontinue financial support for this program and are now working through the implications for the future of the program at the university.” She advised employers that the program would continue through the summer of 2012, though employers were asked to fund 40% of student wages.

On May 22, Misak sent out another memo introducing the restructured Work-Study program model, saying that the model was “more in line with our objectives for experiential learning opportunities for more of our students”.

Among the changes to the Work-Study model is the requirement that an employer contribute 20% of student wages, while the remaining 80% is to be funded centrally. Another notable alteration is that eligibility for the program is no longer limited to full-time OSAP-eligible students, but is also now available to international students, out-of-province students, and part-time students taking at least 2.0 credits over the fall and winter terms. Faculty members will also be able to use their Professional Expense Reimbursement Allowance funds as part of their employer contribution.

On May 30, Jill Matus, U of T’s vice-provost, students, called the government of Ontario’s decision to eliminate the Work-Study funding “regrettable, in that the program provided valuable work opportunities”. She went on to acknowledge that for many UTM students, the Work-Study program offered them their only job during the academic term and was a source of experiential learning.

But she called attention to the newly reconfigured program, saying, “Now that U of T is funding the program, we can expand the criteria for eligibility.”

Grace Guo, VP external of UTMSU, agreed that the old Work-Study model was “very restrictive”, and said that it’s better that part-time students, international students, and graduate students will now be included.

Guo mentioned the possibility of having groups function solely on volunteers, which would be challenging—especially for food banks, she said, where confidentiality issues are involved.

However, Guo’s main concern is the issue of timing. In the emails sent out between April 12 and May 30 from the provost’s office, there was no mention of the fact that student levy-collecting organizations were being left out of funding.

Guo’s concern is that the reveal only came after many of these organizations had finished their budgeting and preparations for the year ahead, including hiring coordinators and other essential staff.

The email to announce the fact was sent on June 22 from Jim Delaney, the director of the Office of the Vice-Provost, Students.

Student-run organizations at UTM include The Medium, the Sexual Education Centre, the Women’s Centre, BikeShare, the Erindale College Special Response Team, and UTMSU. Our student union depends on Work-Study funding for 12 coordinator positions.

“Right after we hired, we got the email from Mr. Delaney saying [we]’re not going to get funded,” said Guo. “Imagine UTMSU without any coordinators. What can we really provide the students? I mean, we can work as hard as we are, but we can never serve the 12,000 students on campus fully without the support of the coordinators. That’s a lot of job opportunities for students and we’re providing this valuable experience for students who are interested in this field, for students to gain experience and for students to contribute back to the community.”

In a written statement to The Medium on September 4, Misak said, “As you know, the government of Ontario cancelled its Work-Study program. The university was extremely concerned by this move, as we know how important it is for our students to have meaningful paid work during the course of their studies. We are unwilling to have our students lose these opportunities, so we have developed a new version of a Work-Study program, funding more or less the same number of positions entirely from the university’s own sources. As a result, we have had to ensure that the Work-Study positions we offer meet both the criteria of being great work experiences for our students and being essential to the academic mission of the university. If the student governments want to hire coordinators and other employees, they of course still can, although they cannot be funded by the university under its Work-Study program. We encourage the student governments to use their considerable advocacy powers to try to get the government’s program reinstated, with the result being even more excellent work experiences for our students.”

UTMSU, UTGSU, UTSU, and SCSU have met with the administration twice to discuss the importance of the Work-Study program.

They requested a meeting with Misak and the vice-provost, but it was Richard Levin, the registrar and executive director of enrollment management, and Lucy Fromowitz, the assistant VP of student life, who wanted to meet with the students.

“The university, ever since the beginning, agreed to work collectively with all the student unions to lobby the Ontario government to restore funding, because 2.5 million is a lot of money,” said Guo. “We met with the administration and all they’re committed to do is to work collectively with all the five student unions and to lobby the Ontario government to reset their priorities and to re-provide the Work-Study funding. I think the budget is a political agenda. Everything is not about the finance, about if they will be able to pay it or not; it’s about are they putting this as a priority or not.”

Guo points out that the government is cutting funding even though Glen Murray, the Minister of Training, Colleges and Universities, released the report “Strengthening Ontario’s Centres of Creativity, Innovation, and Knowledge”, which mentions how experiential learning and Work-Study positions are important to student life.

Other cuts to student aid in the form of scholarships and grants have also been made, including cuts to the Ontario Special Bursary Program and the Dr. Albert Rose Bursary, in the government’s effort to balance the 30% Off Ontario Tuition grant.