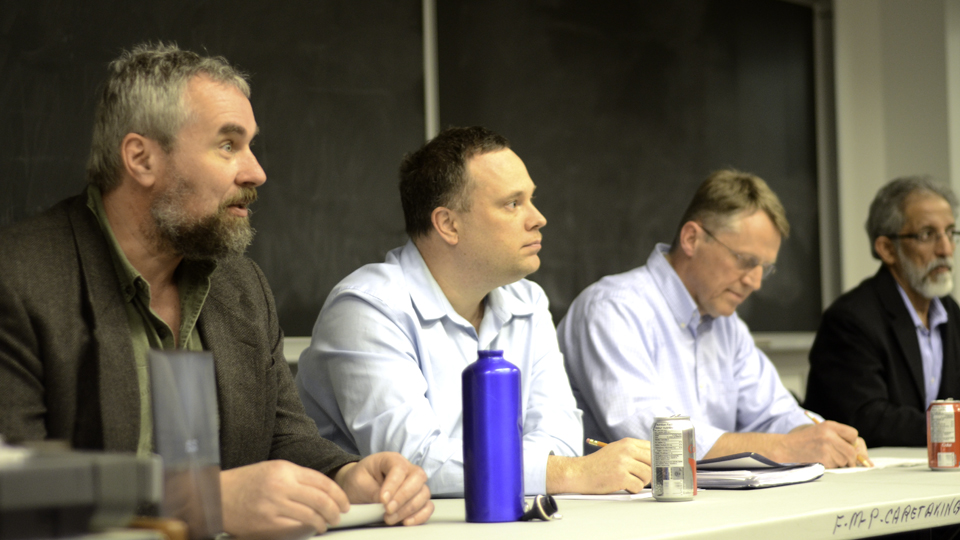 A crowd of students attended a debate on drone warfare presented by the Pakistan Development Fund’s UTM chapter and UTM’s Political Science and Pre-Law Association. The debate, which took place in the Instructional Centre last Monday, followed an Oxford-style motion and began with an audience vote on the panel question. The topic was the legality and morality of drone warfare.

Drones are unmanned aerial vehicles controlled by ground pilots or on-board computers, and can generally stay aloft longer than conventional aircraft. Drones fall into two categories: those used for surveillance purposes, and those armed with missiles or bombs. The use of drones to target alleged threats in countries such as Afghanistan, Iraq, and Pakistan is highly controversial in the public opinion, partially because of concerns about autonomy and accuracy.

The audience largely opposed the use of drones at the start of the debate, setting the stage for the panelists’ dialogue.

Beginning with arguments in favour of the motion were UTM political science professors Arnd Jurgensen and Justin Bumgardner. Jurgensen discussed the common misconceptions associated with drone technology, and said that drone warfare is effective when used wisely and correctly by authorities. “Drones are only accurate in terms of the accuracy of the intelligence that employs them,” said Jurgensen.

Professors John Duncan of U of T
and Tariq Amin-Khan of Ryerson followed with a rebuttal. Duncan made his case by highlighting the illegality of drone warfare as stipulated in international law. “The US faces no imminent threat,” he argued. “Such a use of force violates Pakistani authority and the UN charter.”

U of T PhD student Simon Pratt moderated the talks and offered insights during several parts of the debate.

The second round of arguments included closing statements by Bumgardner and Khan. Bumgardner discussed points of contention regarding drones and collateral damage. In his address, Khan touched on the immorality of drone use, alleging that in the drones’ targeting systems, little distinction is made between combatants and non-combatants. Khan also argued that “drones violate the territorial integrity of sovereign states and prevent people from living normal lives”.

The closing remarks were cut short in order to reserve a few minutes for input from the visibly eager audience. After the contributions from the panelists and students, it was clear that the debaters were still divided.

“Drones are not always legal nor always moral, but they are new frontiers that have a lesser impact,” said Jurgensen in summary.

In closing, opponents Bumgardner and Duncan agreed that drones are considered suitable for quicker action, whereas “soft diplomacy” is effective only over time.