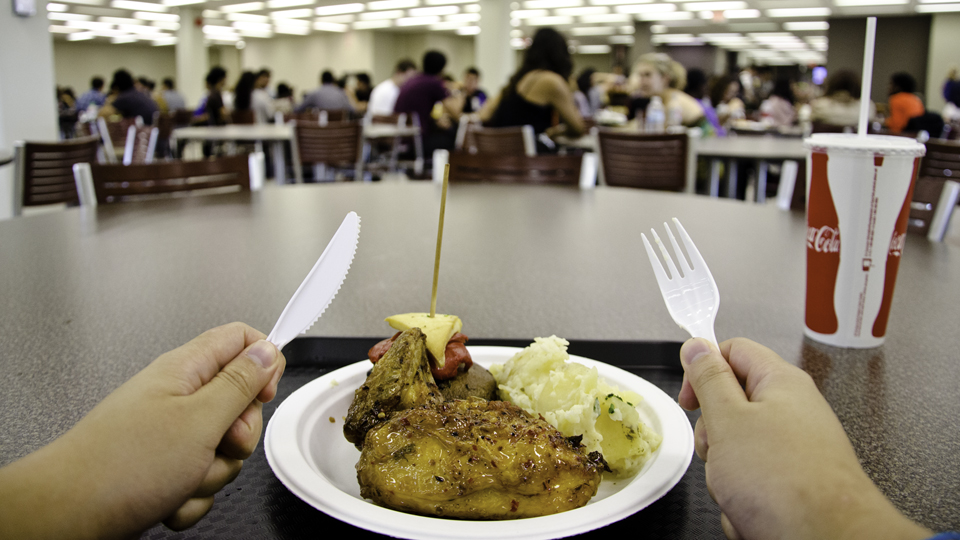 UTM opened the Temporary Food Court in the old library area next to the Meeting Place in the Davis Building last week.

The TFC compensates for space lost due to the closing of the North Building cafeteria and the coming closing of Spigel Hall in the winter of 2013. The TFC houses the relocated Pizza Pizza, Booster Juice, and On the Go, as well as the new Tandori Indian Cuisine, Elements, and International Kitchen.

“We definitely recognize the need for diversity in foods. This university is very diverse, and you have so many international students. So we definitely want to make sure that we offer something that any student can come and eat,” said Vicky Jezierski, district manager of Chartwells Dining Services. “It may not be exactly ‘what mum made’, but we try to come close to it. Our staff is very diverse and we have different chefs from different countries.”

“And that’s the distinction between eating and dining. Eating is purposeful—‘I need to refuel the body so that I can keep going.’ But when you can get to dining, where you can sit down, have the experience around it, that’s when it’s special. You can make a connection with your friends over a meal. Trying to create that environment where you can do that, we have done what we need to do.”

Hospitality and Retail Services conducted a student survey that received more than 8,000 comments. The  comments called for changes to the Meeting Place’s Tim Hortons, the replacement of Mr. Sub by Subway, and the addition of international menus.

“I was surprised that this actually exists. The variety of food and everything is really great. There is a lot of space,” said Mahan Esmaeilzadeh, a third-year philosophy student.

There were some challenges in getting the TFC up and running.

“A project like this would typically take 18 months or two years to do, and we were able to do it in seven months. We didn’t get occupancy until two days before we opened,” McFadden said.

“[The] lights are still fluorescent; it’s not a restaurant environment. And as much as we could [do] in an old library without a proper kitchen and a dining room, we took it as far as I think we could,” he said. “We’re not the judges. It’s the community that’s the judge. So if there are things that we learn through this process that help us with the permanent food court, then that’s just a great benefit—that we’d have had a trial run at it.”