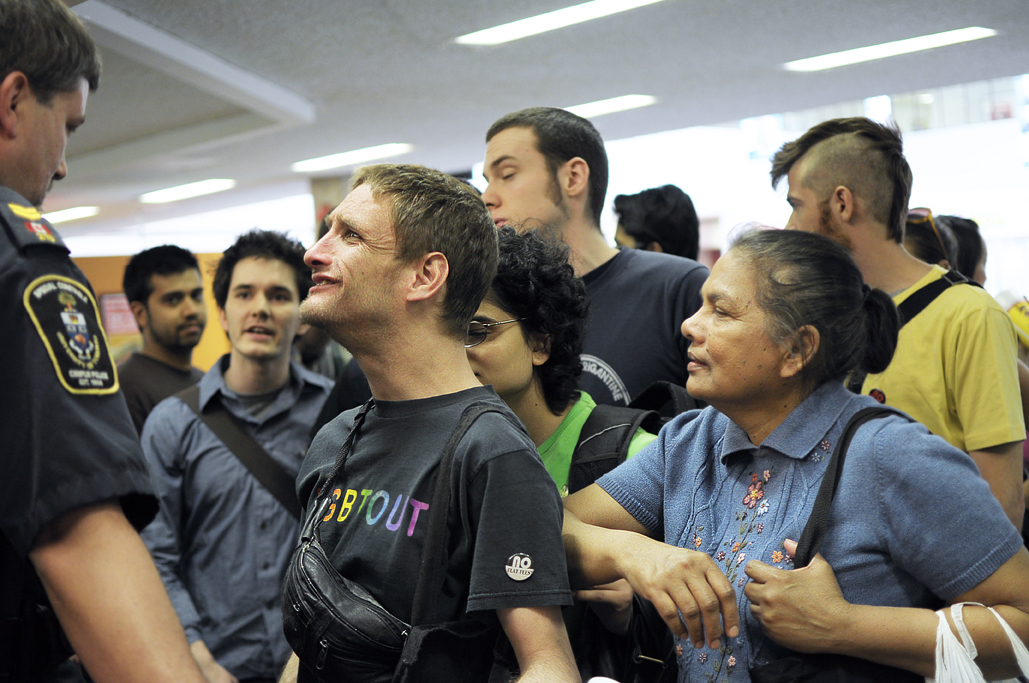 Beginning September 2011, students at St. George will be charged a flat tuition fee for five courses regardless of whether they take five or three courses at a time. The first phase of this plan will affect arts and science students who decide not to take a full course load. Students who do not usually take a full course load will now be charged a flat tuition fee equivalent to taking five courses — a tuition increase of approximately $1,000 to $2,000.

The intention of the flat fees structure is to encourage students at the St. George campus to take more courses during the year, resulting in 9 to 15 million dollars in government funding for the University of Toronto. The university receives funding from the government for each course taught rather than for each student enrolled. APUS President Jeff Peters is hassled by UTM Campus Police as he attempts to enter the Governing Council meeting this past Wednesday, May 20, 2009. Photo/Matthew Filipowich

Despite protest attempts by students from St. George who were bussed to UTM to attend the meeting and protest the flat fee plan, the motion was still passed by the Governing Council — the highest decision making body at the University of Toronto.. Protesters were eventually turned away from the Governing Council meeting by UTM Campus Police who blocked the entrance to the third floor of the South Building where the meeting occurred.

For now, UTM students will not be charged a flat rate and will continue to pay tuition fees per course.