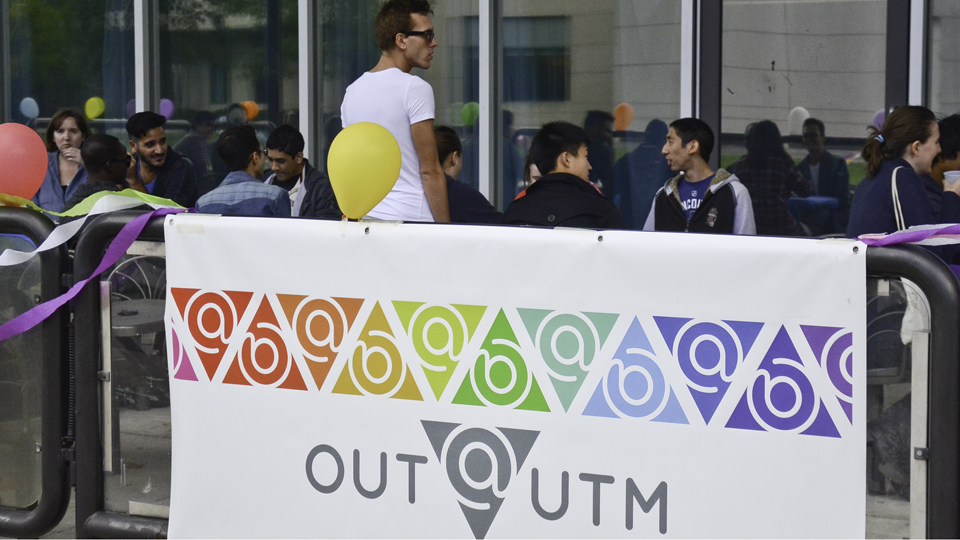 The orientation is designed to teach LGBTQ froshies about the resources available on campus for the unique issues they face in university life. The week is also designed to give new and returning LGBTQ students a sense of community on campus. Queer Orientation events range from catered socials to dialogues on issues that affect the LGBTQ community, as well as gay yoga and a tour of Church Street.

OUT@UTM is an LGBTQ student group. Their contributions to the festivities began on Wednesday night with a meet and greet to help new members settle in and returning members catch up with each other.

The night featured icebreaking games, pizza, and conversation. There were some issues early in the night with booking a room, but they were quickly resolved and the rest of the night went on without a hitch. The first event’s turnout dwarfed expectations and set a good tone for the week ahead.

“I’m very pleased with the turnout,” said Oliver Clayton, the executive director of OUT@UTM. “We had more than 45 people at our first event, and over three quarters of them were new faces.”

I’m exhausted. I was up all night making starburst vaginas and baking.

Thursday was “Ally Night”. Although all Queer Orientation events are open to people of all sexualities and gender expression, Ally Night was specifically meant to accommodate the supportive straight friends of the community and to inform them how to better support the LGBTQ community. This event was structured as an interactive dialogue, and it also had a large turnout.

“It has been a lot of work,” said Clayton. “I’m exhausted. I was up all night making starburst vaginas and baking, but we have a really good team this year. We all care a lot. And it’s about community-building, right? That’s what we’re doing this for.”

Queer Orientation officially continues until Thursday next week, but the last event at UTM will be the Night Crawl next Wednesday. Students will walk through the nature trails after dark, followed by a campfire in Erindale Park. The Night Crawl is an annual tradition and a regular favourite.