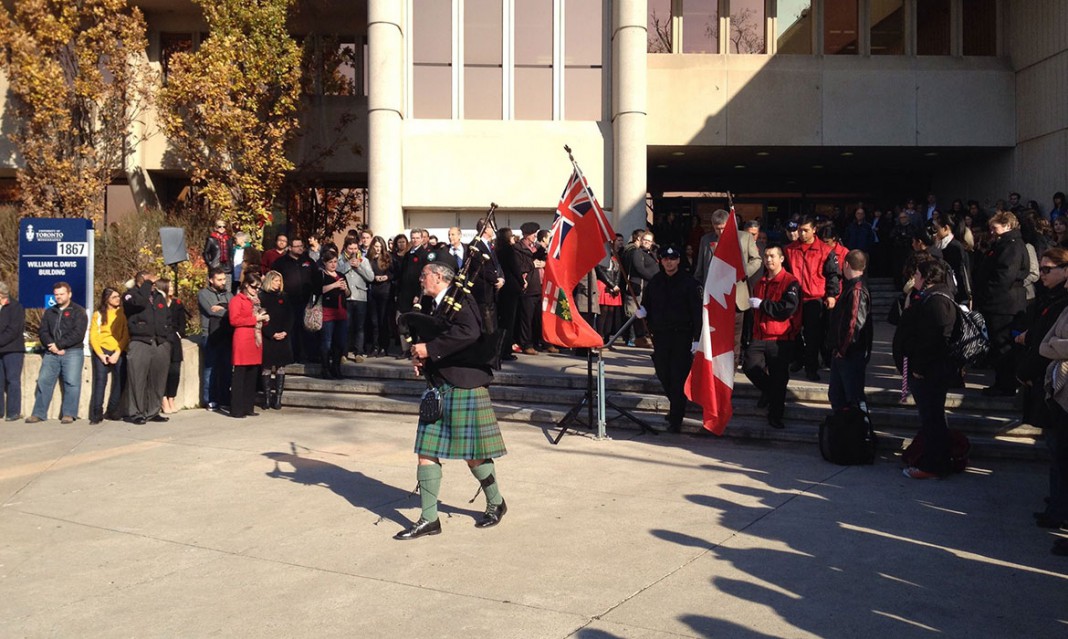 Students, faculty, and others gathered by the flagpole in front of Davis for UTM’s annual Remembrance Day ceremony on Tuesday.

The ceremony was called to order by the manager of UTM Police Services, Rob Messacar, after participants and college officers marched in twos to the flagstaff.

Principal Deep Saini made remarks near the beginning of the ceremony, praising Canada’s democracy, freedom, and equality.

The “Last Post” was then played and the Canadian flag was lowered to half-mast by the officers and members of the Erindale College Special Response Team. Professor Scott Munro played “The Lament” on his pipe while wreaths were laid in front of the flagpole by Saini and Ulli Krull, UTM’s VP special initiatives.

Two minutes of silence followed the playing of “The Lament”. Spectators stood with their heads bowed and poppies on their chests.

At the sound of the “Reveille”, the flag was once again raised.

Messacar concluded the ceremony and the participants and officers marched off, and attendees were invited inside Davis for a small reception.

This year marks the 100th anniversary of the beginning of World War I, which was declared on July 28, 1914.

The Medium reached out for a comment from the Historical Studies Society and hopes to include it in a print edition of this article next week.