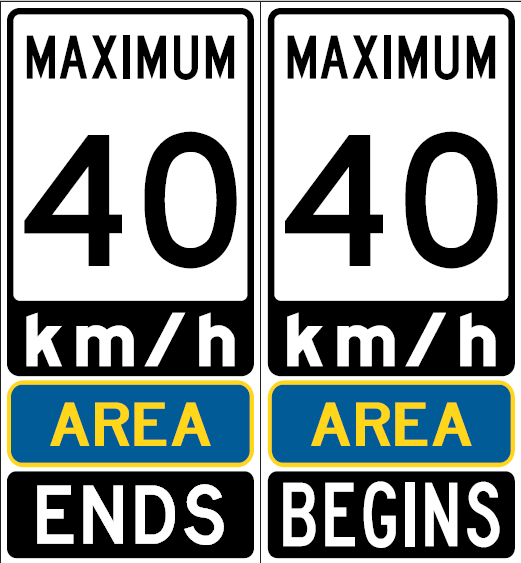 Some neighbourhoods across the wards have seen their speed limits drop from 50 km/h to 40 km/h.

The proposition for new speed limits on Mississauga neighbourhoods was presented to the City of Mississauga’s General Committee on October 2.

According to the report, the 40 km/h speed limit will mostly apply to “single lane and minor collector roadways” on “eligible roadways.” However, “traditional speed limits” will be maintained “on major roadways.”

The Transportation Master Plan seeks to implement a speed management program which includes “location-specific and Mississauga-wide actions,” addressing “both the likelihood of collisions and the severity of their effects.”

To achieve this, the plan will advance Vision Zero though six goals with over 90 action items.

This framework aims to guide the city’s transportation system through the year 2041.

Peel Police 2018 crime statistics indicate that 36 fatal collisions and 41 deaths occurred in Mississauga. Out of 41 deaths, pedestrian deaths ranked highest at 18, followed by ten deaths for drivers and passengers, two for cyclists, and one for motorcyclists.

Andy Harvey, Director of Engineering and Construction, told Mississauga News the city’s Vision Zero aims to “make neighbourhoods a little bit safer.” He advised one method to achieve this is “by reducing vehicle speeds.”

In a statement, Crombie pledged that Vision Zero would “promote active transportation by making it safer for our families to walk, ride, play, and commute.”

“It’s another tool we can use to address speeding in our neighbourhoods and help keep pedestrians and cyclists safe.”

Vision Zero is the road safety philosophy that was introduced in Sweden in 1994.

New signage with the newly approved speed limits will start going up at neighbourhood entrances and exits this month. Once the signs are up, the new speed limits are enforceable.