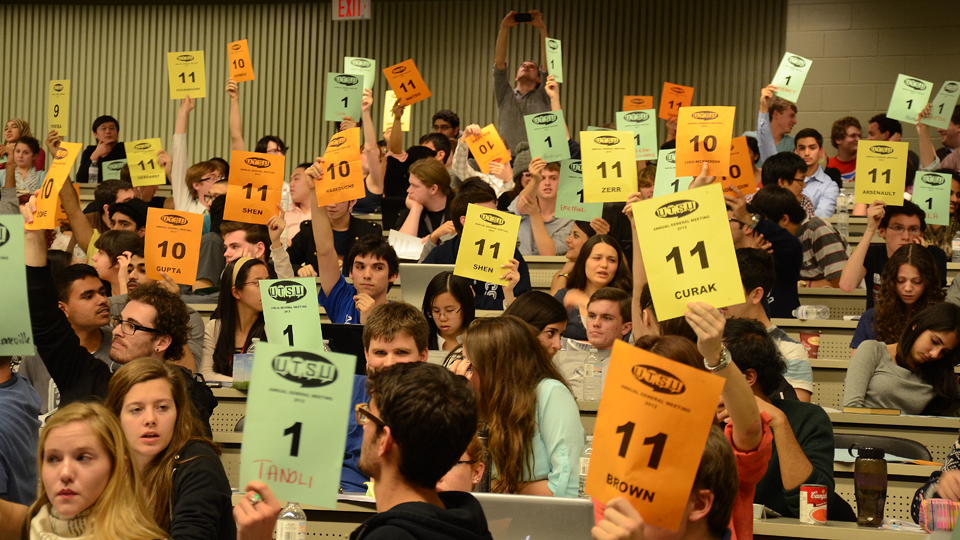 The motion to approve the agenda at the Annual General Meeting of the University of Toronto Students’ Union failed last night shortly after the meeting was called to order, bringing the meeting to a sudden halt.

Held at the meeting room of the Medical Sciences Building at the St. George campus and scheduled to begin at 6 p.m., the meeting was not called to order until well after 8 p.m.

Members of the union tried unsuccessfully to amend the agenda after an emotional presidential address from Shaun Shepherd.

Leading up to the agenda vote was the speech by Trinity College head Samuel Greene, who called for electoral reform and urged members not to approve the agenda.

The motion to approve the agenda was defeated with an unofficial tally of 999 votes against 905 in favour.

The chair, Ashkon Hashemi, then declared the meeting at an end and, amidst cheering and booing, the room slowly cleared out.

“Students win!” members called out, as students offered each other congratulations.

Look out for more in-depth coverage on the UTSU AGM of 2012 in Monday’s issue.