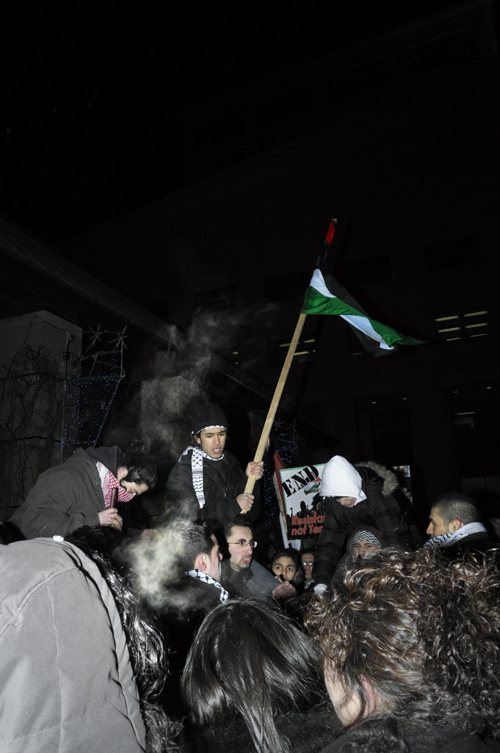 Thursday night at Mississauga’s City Hall hundreds of people gathered together outside in the sub zero temperature to mourn and protest the West’s inaction against Israeli military strikes against Palestine. Protesters both young and old arrived with candles and chanted “This is what your democracy looks like.” When the subject of Mississauga’s Mayor Hazel McCallion came up, the protest leader stated that she was unable to attend to show her support for Palestine because she was allegedly watching her favourite television show. Former Liberal MP Caroline Parish was there however to show her support.

The protest lasted from 7:00pm to 8:00pm when the protest leader said that they must vacate the area. The protest quickly and quietly dispersed.