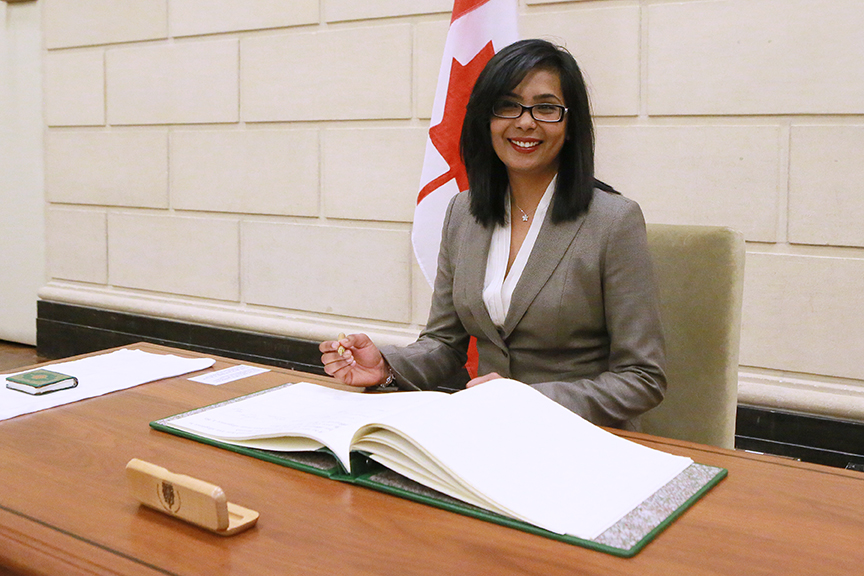 Liberal candidate Iqra Khalid was re-elected to represent UTM’s riding, Mississauga – Erin Mills, on Monday with 53.3 per cent of the vote.

Celebrating her 2019 federal election win with her supporters at Waton Kabob, an Afghan grill restaurant in Mississauga, Khalid stated her success was made possible by bringing forward Mississauga concerns to Parliament.

“We’ve been making sure that Mississauga has the investments that it needs to have in order for the city to thrive and continue to thrive,” said Khalid to Mississauga News.

In his address to party supporters in Regina, Saskatchewan, Scheer said, “Tonight, Conservatives have put Justin Trudeau on notice and Mr. Trudeau, when your government falls, Conservatives will be ready and we will win.”

Despite the contentious campaign, the Liberal government has won a second term with a strong minority government with 157 seats in Parliament.

The Bloc Québécois will have a much stronger presence this time around with 32 seats, and the NDP will hold the balance with 24 seats. Conservatives run in second as the official opposition with 121 seats.

“This has been a beautiful journey and I am looking forward to the next four years,” tweeted Khalid on Monday morning.