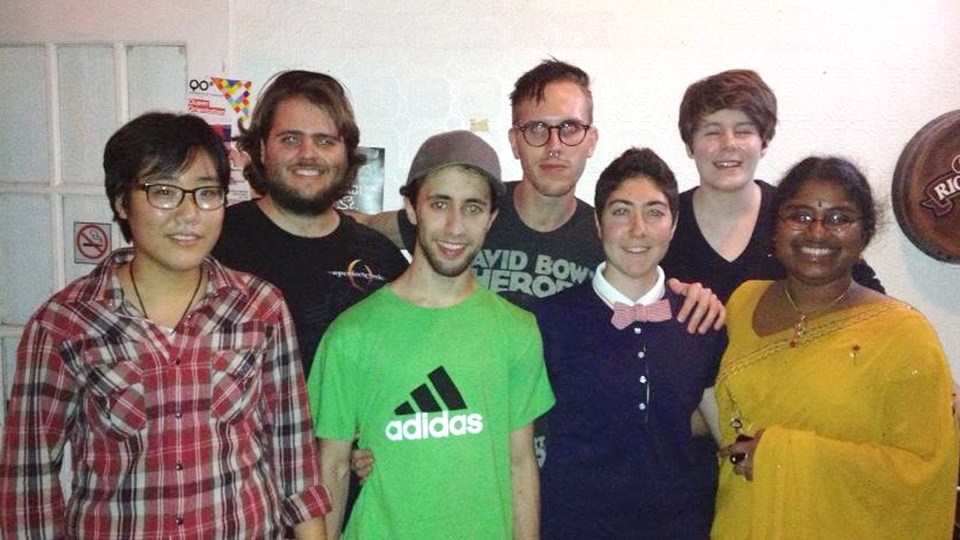 OUT@UTM, UTM’s LGBTQ society, planned and hosted two events last week as the first of several Queer Orientation events. The first was Thursday night’s meet and greet in the Green Room of the Student Centre.

“The whole point of Queer Orientation is to build and introduce the LGBT spirit into the school and integrate it so that froshies can all be aware of the amazing stuff we do,” said David (Deb) Payumo, OUT’s advertising and communications director. “It’s an introductory event in preparation for all the events that are to come.”

Megan Gallagher, a fifth-year UTM student and OUT member of five years, recalled her reasons for joining in her freshman year.

“For me, it was to meet gay friends. It’s hard— you feel different and you want to meet more people that are like you. And when you have a bunch of people like you, you feel accepted.”

The events are open to all students, not only first-years or LGBTQ students. “It’s meant for all years and for allies as well; we’re really inclusive of everybody,” said Robert Paling, OUT’s volunteer coordinator. “We want everybody to just have a great time and be accepting of everybody. Our main purpose is equity, to have a positive space.”

Creating a positive space is the aim of OUT’s new office, which will have its grand opening on Wednesday, September 25. The office will offer peer-counselling from OUT volunteers and executives and access to  resources and organizations in Mississauga and Toronto.

OUT@UTM members got an informative and historical introduction to several such resources on Friday at OUT’s “Village Tour” event.

The tour started at St. George’s Sexual and Gender Diversity Office and went through Queen’s Park, past Hart House, down Church and Wellesley Streets, to dinner at O’Grady’s Bar and Restaurant. Members of LGBT societies from both campuses bumped shoulders and passersby on the downtown sidewalks while staring up at rainbow flags adorning the gay bars, independent theatres, sex shops, LGBT bookstores, and street signs. They were treated to lollipops from U of T’s LGBT Drop-In Centre and learned that the first U of T queer group (also the first one of its kind in Canada) was created in 1969 under the name “the U of T Homophiles Association”.

The froshies stopped between the St. Charles Tavern and the Parkside Tavern and listened to the story of “the Jaunt”, a dash between the two first unofficial gay bars in Toronto that drag queens would attempt with the goal of making it across without being insulted or humiliated by what was a much more homophobic society in the ’70s and ’80s.

The last stop on the tour was the AIDS Memorial, a wave-shaped path under tree cover lined with monuments listing the names of people who have died of AIDS. The 1983 plaque features dozens of names. The 2013 plaque features only one.