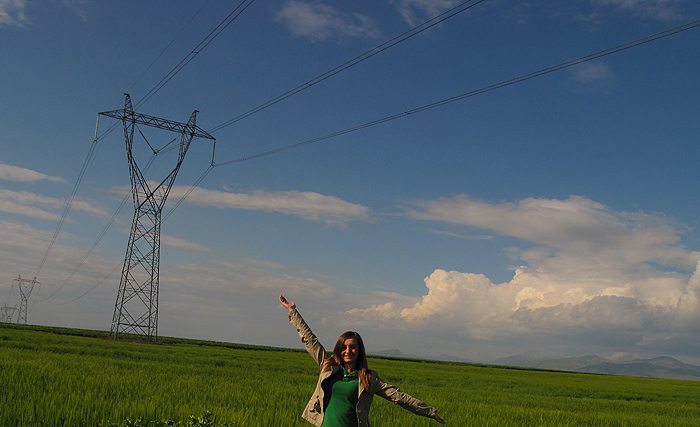 With environmental crises happening worldwide, Investors Beyond  Borders, a new student organization at UTM, strives to make a difference. According to its press release, the organization seeks to combine education, energy and investments to help societies, especially developing and emerging ones, curb their reliance on fossil fuels.

Investors Beyond Borders is led by former UTMSU VP University Affairs and Academics Marijana Josifovska, who performs under the mantra find your G.E.M (G.E.M stands for Green Emerging Market).

When Investors Beyond Borders hosts the International Renewable Energy Case Competition in 2010, UTM will become one of only five international universities to host this competition. During the event, students of different economic, academic and cultural backgrounds will work to uncover uses for renewable energy sectors in emerging markets, advance the education of climate change and renewable energy technologies, and expose the investment potentials of emerging markets.

[It] will be the worlds first global case competition addressing the need for cleaner energy, said Josifovska.

The focus for the 2010 competition will be the emerging Southeast European nation of the Republic of Macedonia, which has one of the highest levels of GHG emissions per unit of GDP in Central and Eastern Europe. Moreover, 70% of its total emissions come from the unsustainable energy sector.

This presents ample opportunity for improvement, and Macedonia has been working to reform its economy by creating green projects that will correct its energy shortage. A complete list of the countrys efforts and reforms can be found in the 2009 Doing Business report by the World Bank, which ranked Macedonia as the top reforming nation in Europe, and thirty-second out of 183 economies.

The national strategy outlines the course of action for Macedonia to take advantage of CDM opportunities, including: identifying priority areas for projects; setting up the countrys designated national authority under the Ministry of Environment and Physical Planning, which will establish the rules for CDM projects and grant approvals; and building up both national private- and public-sector capacity to participate in CDM.

More information about Investors Beyond Borders or the IRECC can be found by visiting www.investorsbeyondborders.com.