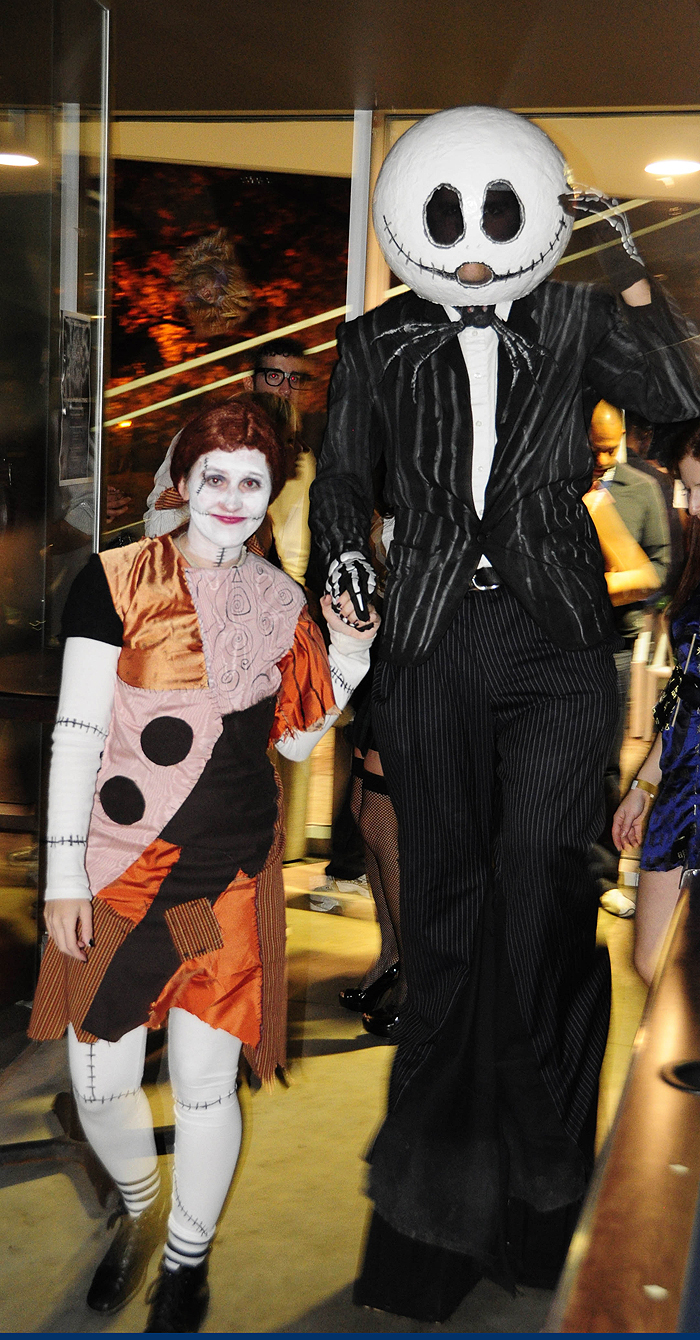 With doors opening at 10 p.m., students wishing to bypass the line were asked to bring in a non-perishable food item to be donated to the Meal Exchanges Trick or Eat initiative. Music was provided by DJ Peter Kash of Z103.5.

Event organizers set up a photo area in the Presentation Room for those who wished to have their pictures taken. Dancing started around 11 p.m. and continued on throughout the night as disguised bartenders served drinks.

Students sporting green wristbands were invited on stage to compete in a costume challenge. Kash oversaw the contest with comments such as UTM is blind, when referring to students who wore wrist bands that were a colour other than green, and Stop interrupting, Im trying to do something here, when students attempted to report lost items.

Attendees were asked to applaud for their favourite female, male and couple or group costumes. In the end, Jacquelyn Bourgeois as  Lady Gaga,Kyle Heeley as Jack from The Nightmare Before Christmas (stilts and white skeletal head included), and Marc Bressler, Kristian Jurlewicz, Thinesh Sellathurai and Carson Leung as The Wizard of Oz foursome (The Scarecrow, Tin Man, Cowardly Lion and Dorothy) were deemed the winners. Each group picked up a $150 prize.

Some of the nights most unique costumes included a pairing of Taylor Swift and Kanye West, a twister board game, three girls dressed as braces, B1 and B2 of the childrens show Bananas in Pajamas, Sailor Mars, Pikachu and Sally and Jack from The Nightmare Before Christmas.
Halloween Pub tickets went on sale a week prior at 10 a.m. and sold out within two hours.