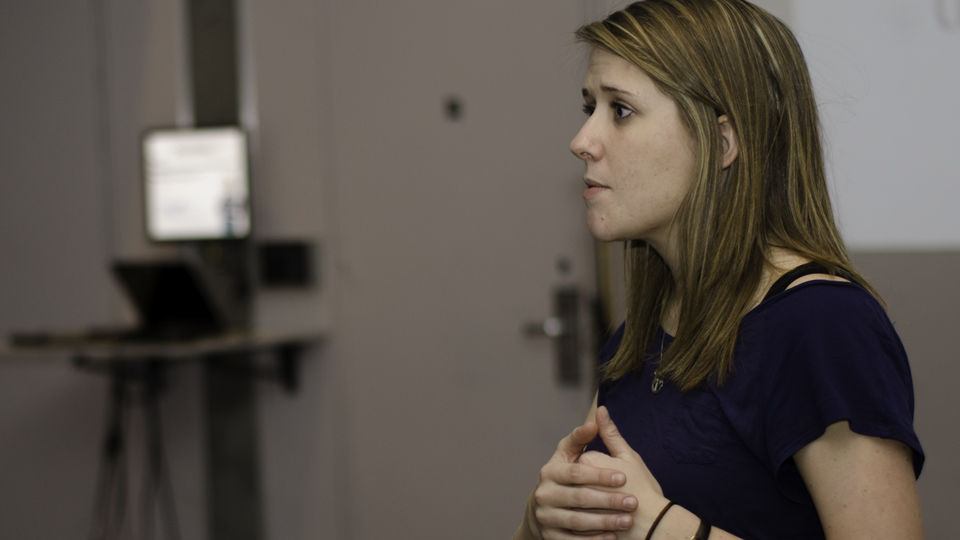 UTMSU organized a Q&A session with a motivational speaker from Free the Children, a non-profit organization founded by Craig Kielburger in 1995.

Maggie Aldrich shared the history, philosophy, and goals of the organization. One of the goals is filling penny bags with $25 in pennies; each bag can provide fresh water to a person in a third-world country for life. Free the Children initiated Canada’s largest penny drive to provide funding to construct sustainable water projects in less developed countries.

Aldrich shared the story of how Free the Children was founded by the 12-year-old Kielburger. Kielburger was sitting in his kitchen one morning, fliping through The Toronto Star for comics, and happened to come across the story of Iqbal Masih, with the headline “Battled child labor, boy, 12, murdered”.

Masih was born in a rural village in the outskirts of Lahore, Pakistan and at the age of four was sold into slavery. In his early childhood, Masih was restrained for six years in chains in a carpet-weaving factory for many hours as a child labourer. Masih managed to escape his captors and spoke out for children’s rights, and caught the attention of the world. But in 1995, at only 12 years old, he was shot to death in Muridke, Pakistan.

The story of Masih had a deep impact on Kielburger; it motivated him to research further into child labour. Kielburger brought the article to his school in Thornhill, Ontario and gathered 11 of his grade 7 classmates to establish a group that later evolved into Free the Children.

The programs Aldrich described all work closely together to ease the daily problems faced by children and their families in those countries.  Numerous YouTube videos show young children with their parents in Canada, demonstrating that they have donated bags of pennies to Free the Children’s penny drive donation program.

Free the Children has collaborated with the Royal Bank of Canada for the penny drive. All donations can be brought to any RBC branch; deposit slips are given to donors to complete their donation via an online donation log form.

Aldrich believes strongly that everyone must continue to seek their passion, educate themselves in what they strongly believe in, and not fall prey to apathy.

“That tiny penny has a huge impact on our world,” said Aldrich.