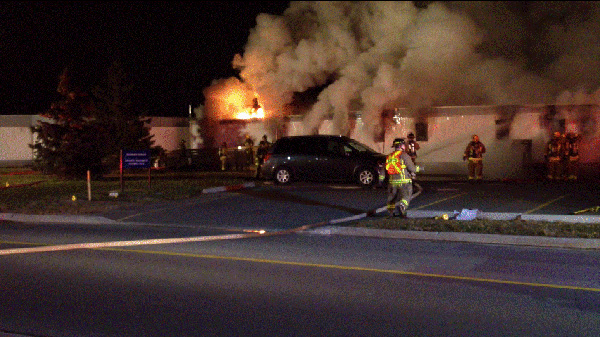 An early morning fire has destroyed the Toronto Argonauts training facility on campus.

Mississauga Fire and Emergency Services responded to the 1:33 a.m. call on Saturday. Police say it’s not yet clear what set the blaze off.

The Argos released a statement saying that no one was injured in the fire. They have not yet determined where they will practice in the future.

The football team has used their facilities at UTM since 1996.