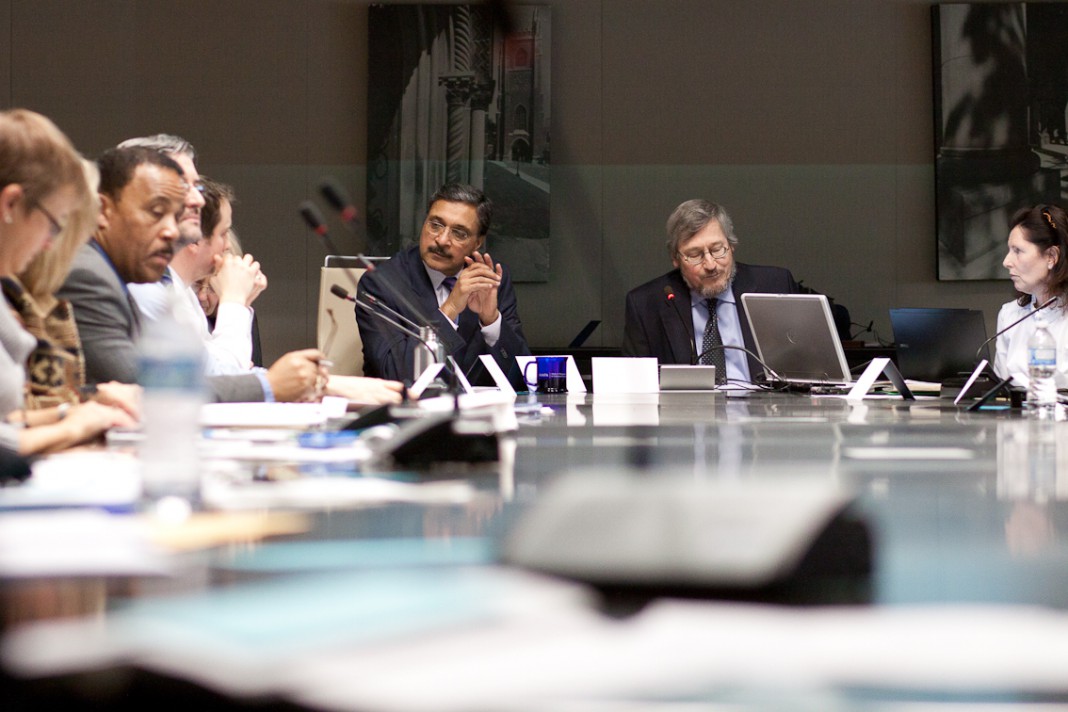 Every year, matters of academic affairs and resources come under the scrutiny of the Erindale College Council (ECC). Comprised of faculty and students, the council makes amendments and approves motions on fees. Last Wednesday, the ECC voted to increase parking, residence, and meal plan fees and approved the  Credit/No Credit Policy. Policies on deferred exams and course work were also amended.

Last November, the parking deck opened to provide more than 200 new spaces. The university funded the $6.4-million project not by taking on an external loan, but by using money from the operating budget to improve parking services.

The university plans to break even and absorb potential deficit by increasing parking permit fees by 3 percent in addition to the increase implemented last year.

“You don’t pay for a $6.4-million parking deck in a year,” explained Paul Donoghue, the Chief Administration Officer of the ECC. “This is a multi-year plan that we have a 3 percent increase in each of five years in order to allow us to cover the cost of building the deck. We were thrilled that we were able to come up with a plan that allows us to only increase it by 3 percent. We understand that there’s not a lot of support among students for a price increase of any kind, but quite frankly, looking at the numbers, 3 percent is pretty good.”

The UTMSU presented a petition signed by over a 1,000 students that denounced the increase.

UTM students, including Munib Sajjad, VP External, wanted to know how long it would take to repay the loan. Donoghue explained that the university did not take on a loan as to avoid incurring interest. Instead, money was taken from the operating budget. Now, the money must be put back into the operating budget, hence the necessity of the increase.

“We were told that the total loan amount given to Parking Services by UTM was $6.4 million, and that we would be paying $630,000 every year for 18 years. That adds up to a total of $11.34 million,” said UTMSU president Vickita Bhatt in a press release. “So where is that extra $4.9 million going? The only logical explanation is that UTM is charging itself interest.”

In addition to parking permit fees, residence fees will increase by 5 percent.

Other than fee increases, students can look forward to a Credit/No Credit policy. As of September 2011, students can choose to be assessed on a pass or fail basis for up to 1.0 full credit toward their degree requirements. For a grade lower than 50 percent, “NCR” (No Credit) will appear on the transcript to indicate that the student has completed the course without the failing grade affecting their GPA. Likewise, a grade of 50 percent or higher will not appear on the transcript but will instead be indicated as “CR”, or Credit.

“The purpose of the pass/fail option is to allow students an opportunity for intellectual exploration,” said Gilbert Cassar, VP Internal and Services for UTMSU in a press release to the university. “For example, a business student may want to take a French course to fulfil their interest in learning a second language but do not want to negatively impact their GPA, as commerce is a very competitive program.”

There are limitations to the policy. The Credit/No Credit policy cannot be applied to courses for program requirements. For example, commerce students cannot use the policy to satisfy their calculus requirements.

The UTSMU worked with the Academic Affairs Committee on the details of the policy. Unlike the St. George and Scarborough campuses where the pass/fail mark is 60 percent, the policy at UTM will consider a grade of less than 50 percent as a No Credit. UTM students will benefit from an online registration system, rather than the manual systems employed by St. George and Scarborough, to apply for the policy. Finally, professors will not be made aware as to which students enrolled in their courses have chosen the policy. This is to ensure impartiality between professor-student relationships so that all students receive the same quality of assistance.

Another matter addressed by the Academic Affairs Committee was the change in standing deferred (SDF) policy. Previously, the unofficial grade of a student that had deferred exams or course work would appear in their transcript. This has been altered so that the grade of an incomplete course will not be included until the student has fulfilled course requirements as per the deadline. The reason for the change is to avoid jeopardizing future opportunities for students with incomplete or misleading transcripts.

A matter not discussed at the ECC meeting on January 26, but that has been included in Academic Affairs committee meetings, is revised enrolment dates for returning students. Fourth-year students will enrol on April 5, third-year students on May 2, second-year students on June 13, and first-year students on July 6. This is to lengthen the periods of time between which students can enrol to provide more efficient access to academic advising.