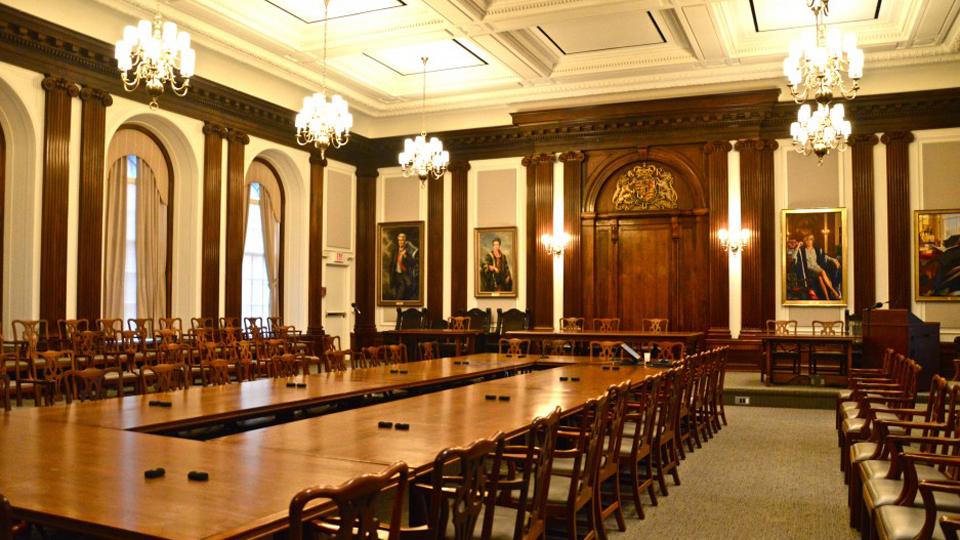 Student societies from all three U of T campuses convened at St. George last Friday for their third meeting in the aftermath of the Student Societies Summit.

“The purpose of our meetings is to create a space that is inclusive of the voices not initially involved in the summit, and […] to come together in a manner that is open, accessible, and democratic, without the interference of administration,” wrote Nicole Dionisio, Scarborough Student Union’s VP academics and university affairs in an email after the meeting.

“The worst-case scenario is it actually goes through,” said Melissa Theodore, UTMSU’s VP equity, of the proposed recommendations. She added that some student societies might initiate a legal battle over the issue.

Theodore represented UTMSU at the Summit meetings during the past school year and was the author of an open letter on why the union decided to walk out of the talks.

“I knew that they were trying to push an agenda at the meetings,” she said, alleging that the university administration wanted to create a federation whereby UTSU would be legally affiliated with U of T’s colleges and UTMSU would become a separate body from UTSU.

According to Dionisio, among the items discussed was a letter sent to Provost Cheryl Regehr in mid-May by Rowan DeBues, president of the Victoria University Students’ Administrative Council.

DeBues’ letter alleges that a previous letter written by the Association of Part-Time University Students to condemn the Summit’s final report was sent to the provost with only the approval of selective groups.

According to DeBues, the APUS letter had previously met with criticism from a number of societies. When APUS found that the opposing groups had responded by signing a separate letter written by DeBues, APUS President Kriya Siewrattan proposed that another letter be drafted representing the views of all the groups.

DeBues alleges that, shortly after this proposal, a letter written on APUS letterhead retaining the main points of the rejected letter was circulated to only select groups.

“None of the signatories who rejected APUS’ original letter were sent this version,” wrote DeBues, adding that the societies had not even been told of its existence.

Identical versions of the same letter were later signed by the unions of outside universities, including Carleton, Ryerson, and Laurentian.

According to Dionisio, during the societies’ second meeting, APUS had announced the group’s intention to write a letter condemning the Summit’s report and allow any group to sign it.

“Unfortunately, VUSAC did not agree with everything that was written in the letter APUS wrote, [and] so decided to write an independent one themselves,” she said. “It seems that due to the short timeframe of when the letters needed to be written, there was simply [a] lack of communication between parties of what they wanted to see in the letter.”

When asked about UTMSU’s next steps after the meeting, Theodore was vague, only saying the union would informally contact campus groups to educate them about the issue and encourage them to attend the next meeting.

The Student Societies Summit was a university-facilitated series of meetings held this past school year to discuss conflicts between U of T student societies, including referenda on fee diversion from UTSU. Both UTMSU and UTSU walked out of the talks in the spring.

The societies involved in the post-Summit talks have been meeting since April to discuss the report. The next meeting will take place on July 11.

Recommendations of the Student Society Summit