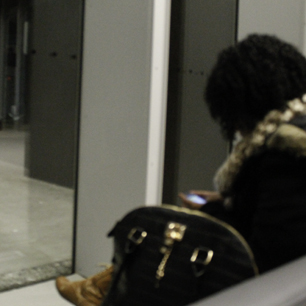 Most violence against women is perpetrated by a person known to the victim.

This is one among a number of startling facts that the recently launched Community Safety Plan will seek to teach students this term. Revealed at the Health and Wellness Fair in mid-January, the plan identifies key priorities for making the UTM campus safer for women.

“Women’s safety is everyone’s responsibility,” said Nythalah Baker, UTM’s equity and diversity officer. “When the campus is safer for women, it’s safer for everybody.”

The plan is based on findings from a campus safety audit completed by the CampUS Safety Project in the first year of its two-year tenure. The audit was presented before the CampUS Advisory Committee (comprising students, campus service providers, and community organizations), who then drafted the Community Safety Plan, which lists four main priorities to be addressed in the second year.

Chad Jankowski, a member of the CampUS Advisory Committee and formerly its co-chair, described the four priorities as “tangible and realistic goals” that can ensure greater safety for women at UTM.

The main priorities of the Community Safety Plan are to empower students to prevent gender-based violence; to address the needs of young women for their physical safety; to improve the process of reporting incidents to Campus Police; and to provide increased healing support services to victims of gender-based violence.

According to Jankowski, steps are already being taken to accomplish these goals. He noted that over 30 student volunteers have been trained as CampUS Safety Project ambassadors, whose role is to educate students about violence against women. The safety ambassadors form one of two work groups established to work towards improving the safety of women on campus.

The second work group reviews the procedures for reporting incidents of gender-based violence to Campus Police and the way in which Campus Police respond to such reports.

In terms of physical changes set to be made to the campus, the Medium was unable to contact Len Paris, manager of Campus Police services, in time for comment. Baker, however, confirmed that there were talks of developing an improved emergency phone system on campus.

The project will officially be completed by the end of July, though Baker said that many of the activities will likely conclude at the end of April.

“At the time of project completion, we expect to have implemented meaningful and long-lasting improvements that enhance safety on campus,” said Jankowski. These changes include increased healing support services available at the HCC, physical changes to the campus to ensure increased safety, and increased accessibility to procedures for reporting incidents.

Baker said that whether project volunteers will be recruited again next year depends on the availability of funding. When asked whether the lack of funding would be addressed, Baker said, “The reality of addressing violence against women is still not a priority in a national context, and that national context trickles down to our communities. So the fact that women are still at greater risk of experiencing violence and usually at a greater risk of experiencing violence by somebody they know, who’s usually a man, indicates that, societally, we still have a fair ways to go.”

The CampUS Safety Project was created after the Status of Women Canada, an organization within the federal government, made a call for proposals for projects that would help young people reduce gender-based violence on postsecondary campuses. The Mississauga-based women’s shelter Interim Place applied for the funding and partnered with UTM’s Health and Counselling Centre to launch the project.