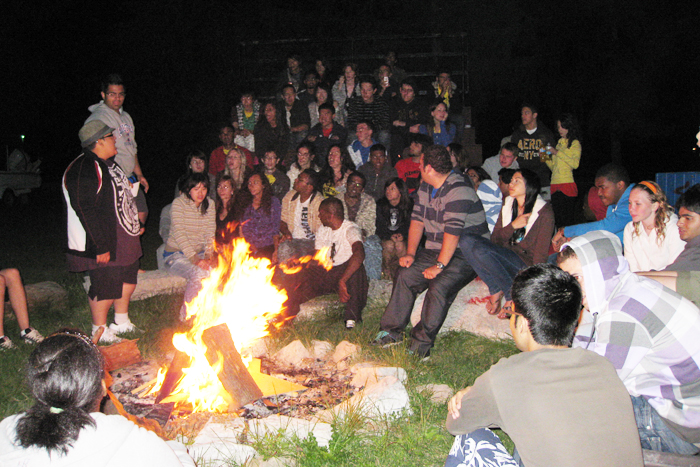 UTM’s Undergraduate Commerce Society held their annual BizFrosh ori- entation from September 11 to September 13. The three-day event, which is geared towards students entering the Commerce, Management, and Business programs at UTM, was held both on and off campus and saw 131 first-year students in attendance along with 27 leaders, 15 UCS executive members and five volunteers to help coordinate the event.

Biz Frosh, sponsored by the Department of Management, introduced the Undergraduate Commerce Society executive members and also featured a Yuk Yuks comedy show on campus. Many team building games and activities such as human knot, balloon relay, sponge bucket and balloon tag were part of the itinerary.

According to UCS President Maksym Tochinskiy, Biz Frosh offers students a fun and comfortable setting to connect with fellow students. The best part about Biz Frosh is the more intimate setting you get with your Frosh group and the group as a whole, said Tochinskiy. Spending three days together, doing team games, competing against other teams and even spending a night in the same cabin all allow for a very comfortable environment that fosters the building of strong relationships.

The rest of Biz Frosh was spent at Camp Wahanowin in Orillia for an overnight stay which featured more team building games and a cheer-off. Like in previous years, members of the Management Department Professor Jalland, Professor Gunz, and Heather Hines joined the UCS team.

Asked about last years cheers mishap that left UCS under investigation for promoting chants of discrimi- natory and lewd nature during Biz Frosh, Tochinskiy said that UCS members worked diligently to change the climate of the cheers. One of the most notable cheer changes was the Y-O- U-N-G cheer , which previously mocked underage sex. The cheer now goes:

Y is for your money, O is for oh so rich, U is for upscale life, N is for nine figures, G is for good life!

Nic Westrate, who is heavily involved with training for the residence dons, provided equity training for all leaders who attended Biz Frosh. For the first time this year, we held interviews and took an active role in picking our Biz Frosh leaders, said Tochinskiy. We have been vigilant in choosing the correct people to represent the Undergraduate Commerce Society as leaders at Biz Frosh serve as role models for the younger students.

An anonymous tip to The Medium suggested that on the final night of Biz Frosh, an open bar was served to all students in attendance including underage students. According to Tochinskiy, UCS was very vigilant in how they served alcohol for on Saturday night. Senior executives sold students of age wristbands similar to the ones used during pub nights Official government ID [was required] for a person to be eligible, said Tochinskiy. I have full trust in both of my VPs that they only sold to persons of age. I am in full confidence of my senior execs and that they would never have intentionally served a minor.