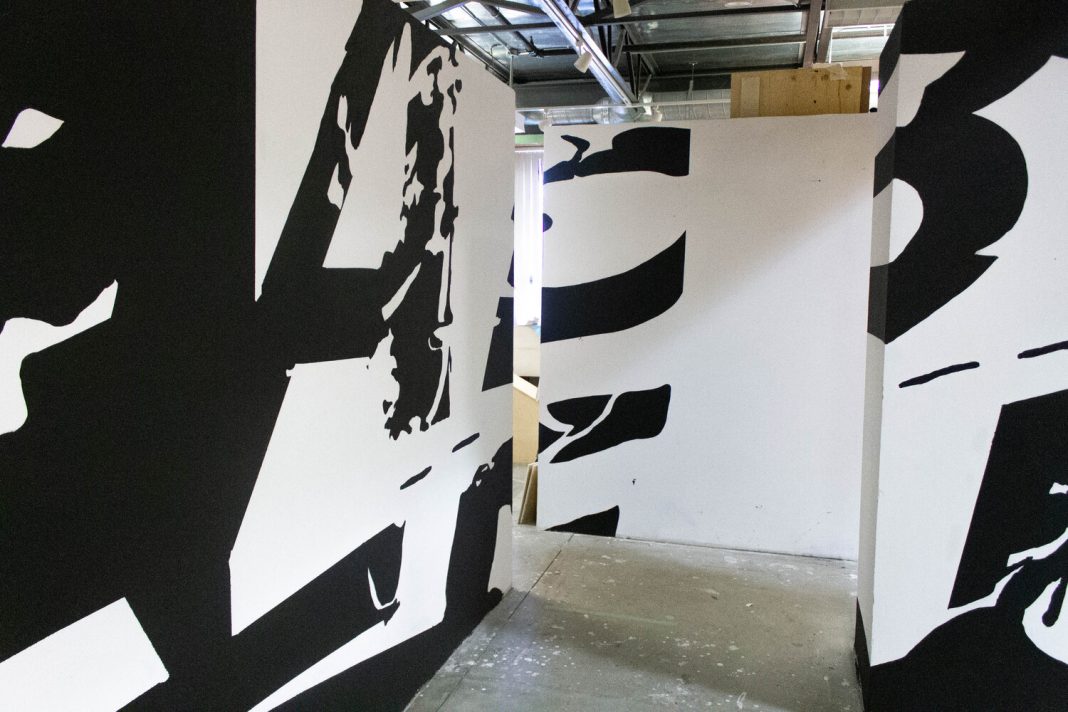 In his romantic-era sonnet Ozymandias, Percy Bysshe Shelley describes the ruins of an ancient king—his political legacy undone by the indiscriminate forces of history. All that remains of his once flourishing civilization is a fractured statue of his legs and face, a piece of art that has withstood centuries of major events. While power and kingdoms rise and fall, art endures the fickle nature of humanity and the test of time. Paintings, literature, and song not only outlast humans on this Earth but sustain our lives as we live them.

Artistic freedom has always required a leap of faith: a belief that sharing our creations with the world is worth mounting a fight against insurmountable odds. Within the small but saturated art world, systems of power that are designed to protect corporate interests and profits persist, making solely living off their craft a challenge for many workers in arts sectors. Yet, despite inequitable streaming platforms, middlemen, and a lack of social safety net protections, artists find ways to overcome obstacles inherent to their profession through resolve and the desire to not only make beautiful things, but also provide alternative ways of understanding our present and of moving forward.

Although some perceive art to be an elusive or frivolous endeavor, creating art for the vast majority of people who do it is indispensable. In sports, in architecture—art is entwined in every aspect of our lives. Last summer, a time that feels distant now, I frequently hopped on Line 2 of the subway to travel to the Art Gallery of Ontario to see a new exhibit. My favorite part, however, was the walk from the station to the museum. Watching tourists and locals alike flock around the city’s hidden pockets of street art and crowd around exuberant dancers and saxophone players was both quotidian and thrilling. Sunglasses on and recording devices ready, we got to capture art in motion right on the street corner. I would end up at the gallery late in the afternoon and spend hours staring at paintings, soaking in the detail and history of every stroke.

At the heart of our vital cultural institutions are artists themselves. Their unsteady lifestyles are characterized by clichéd tropes such as the freelance hustle, the starving musician, and la vie bohème. These denote a deep dedication to the artist’s chosen vocation, along with a slew of part-time work to pay the bills. Our society’s creative sector consists of such individuals working as freelancers in industries, from music and film to design and fashion. They are the vanguard of what is known as the gig economy, evoking a promise of entrepreneurial flexibility to obscure the economic and social precarity that often taints this type of work. Even so, the resilient casual class of creative industries understands how volatile their lives can be and continues to make art in the face of it all.

But when Covid-19 shut the world down in March, artists reckoned with yet another barrier, this one with new stakes. Their lack of protections that accrue from a standard employment relationship, such as health and unemployment insurance, was exacerbated by the uncertainty of a developing global pandemic. Immediately, museums closed their doors and music festivals were cancelled, which meant curators, performers, and the independent contractors working behind the scenes lost months’ worth of income with no foreseeable refuge.

Canadian indie-rock band Stars knows a little something about the triumphs and perils of making art. Their two-decade long career has witnessed disruptions from the beginning of the music streaming era to the emergence of social media, but a component of live performance was always central to their craft. “It’s the lifeline of our band,” Pat McGee, drummer of Stars, tells me over the phone. “We never sold an enormous amount of records and so our income is almost exclusively derived from touring. But live music also reaffirms the reason I do this. To play our music for people and to receive a visceral response—it’s supported me both financially and spiritually.”

Without festivals this summer and having to cancel their scheduled shows, Stars faced an existential challenge. Because music streaming platforms, such as Spotify, pay notoriously low royalty rates, musicians must depend on other revenue sources such as live gigs and merchandise sales. Consequently, alongside thousands of other small businesses and workers across the country, the band applied for a government loan and the Canadian Emergency Response Benefit (CERB) in the interim as they searched for ways to supplement their income.

Enter Patreon. Stars and many other recently out-of-work singers, writers, comedians, and designers have turned to digital subscription sites as their alternative income stream and a direct way to connect with their supporters. Reporting over 100,000 new users since April, Patreon is the latest instantiation of the platform economy—an online labor marketplace where workers create and monetize their digital products. Alternatively, tech investors have been quick to dub it the “passion economy,” highlighting how digital workers are profiting off doing what they love. But because the term risks both magnifying payoffs and concealing its ties to gig work, we must be wary of the long-term precarity that typifies this labour and the privilege tethered to the modern work mantra of do what you love, love what you do all together.

However, amid a protracted economic downturn, avenues like Patreon offer workers earnings independent of traditional employers or even a physical environment. For musicians like the members of Stars, it’s a channel for artists to control their ship and for fans to support them directly. “If you want to donate five bucks a month to us and get involved in our backstage antics or unreleased music, it’s a wonderful new place to interact,” McGee says. Although Covid-19 is just the latest upheaval, artists continue to persevere under even the most dire of constraints. “What I find interesting is that throughout history, in every shape and form across this planet, art has come up against adversity. And like a river, art always circumvents it and figures out a way around it. People are just compelled to do that.”

Saša Rajšić, exhibition coordinator at the Blackwood Gallery, was caught in the middle of de-installing an exhibit back in March when news of the shutdown broke. He and his small team of curators, archivists, and research assistants were thrust into uncharted waters too and had to navigate through closing their gallery spaces and reinventing how they featured art. “One of the first things that became obvious is the lack of resources and intensity of struggle within different art communities,” Rajšić says.

To contend with and collectively ruminate on the art world’s new reality, the Blackwood launched a call for submissions for their special digital issues Tilting (1) and Tilting (2). “Tilt” is defined in Old English (tyltan) as “to be unsteady”—the overarching theme of the writers’ contributions. Their personal essays and cultural critiques reflect frank and instinctual reactions to these capricious times and examine topics from social distancing in a time of social media to powerlessness and our capacity to resist.

A gallery’s curatorial process constantly evolves to adapt to new art and to transform traditional museum spaces. Temporarily closing these physical environments pushed the Blackwood to re-evaluate “the ways in which we activate our four lightboxes, gallery website, and social media,” Rajšić says. “At the same time, some aspects of our curatorial philosophy are being carried forward. We remain committed to thinking about our physical and digital spaces as spaces for living ideas.”

Currently on display throughout campus, Burning Glass, Reading Stone is the Blackwood Gallery’s latest lightbox program: the image sets illuminate the conditions and limitations of spectatorship and interaction between humans and the natural world. The series’ second installment Solaris depicts the Chilean Atacama Desert, the most arid place on Earth. Artist Oscar Santillán’s work combines out-of-focus but vivid mahogany, amber, and seafoam greens with fragments of iridescent light to portray a dusky atmosphere of endless desert and open skies. Even during a global pandemic, where travel is banned and lockdown is mandated, these photographs transport onlookers to another part of the world, if only for the minute they gaze towards the towering lightbox.

The creative process begins young. For Jennifer Liu, finding a passion for print media and designing in high school led her to UTM. When the university cancelled in-person classes last March, Liu, an art and art history specialist, remembers initially worrying about not having her art supplies to finish her ongoing assignments. Her studio space at Sheridan College was an integral part of her work, and she immediately missed the communal aspect that came with making art alongside others. “It’s a different relationship when you’re with people in a creative environment,” Liu says. “In a studio, you’re being creative together, thinking together, and working through your problems.”

Isabella Varrasso, an art and art history graduate and current freelance graphic designer, agrees and believes the pandemic has disrupted creation in more ways than one. Social distancing has spurred “far more isolation, which can be helpful for some artists but devastating for others.” She adds that although the bonds and friendships forged in creative spaces have been transferred to an online-only environment, making and sharing art is still “one of the only familiar things during these weird times that helps me escape for a little.”

“Art has never felt steady for me,” Pat McGee concludes. “I’ve always felt on the precipice of destruction and known that this was a dream.” Yet however evolving music and culture may be, however sustainable and promising another career path may look, everything pales in comparison to the purpose art can inspire. “If everything fell apart, I would still play music. I would still be playing the drums. And knowing everything I do now, I definitely would have still joined Stars.”

After eight months of quarantine, the destabilizing effects of this crisis have undeniably influenced our capacity for optimism and ability to predict what might come next. But perhaps art offers some solace—a method to visualize our ideation or a mechanism to elicit the emotional responses we need right now. The rush we feel when we listen to music with a bass so loud that we can hear it in our hearts. The serenity we feel when we read books that spill words off a page and paint images in our minds. And the wonder we feel when we walk down Roncesvalles and see larger-than-life murals on exposed brick buildings. Art is a balm for a troubled world, and we cannot let artists—some of our most essential workers—lead such precarious lives.