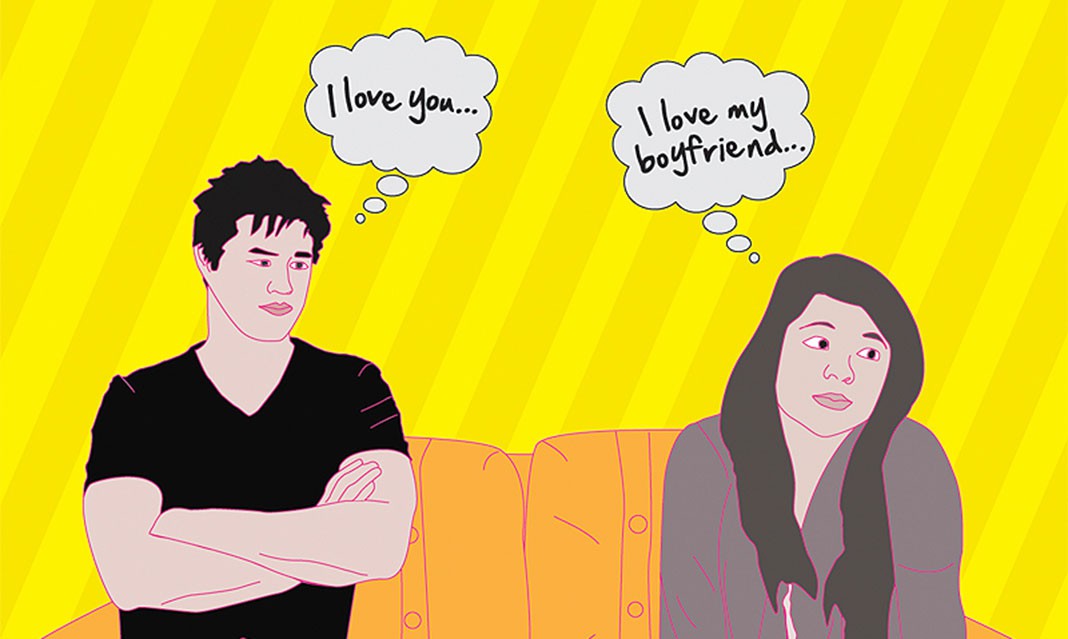 Men are afraid of vampires, because they have potentially gay connotations (unless it is a she-vampire—then it’s a different story). Men are afraid of angry dogs, because, well, who hasn’t seen a video where someone is bit in the nether regions? Men are also afraid of huge spiders, because (let’s be honest) they are gross and freaky-looking. But a man’s worst fear is that of the “Friend Zone”.

To men, the “Friend Zone” is the ultimate trap. It lures you in with promises of warmth and company, and then WHAM! You’re in the Zone faster than you can even say “Wow, you’re such a nice guy!” And once you have been caught in the Zone, it’s nearly impossible to escape, because if you try, you could ruin a perfectly decent relationship and cause countless awkward silences. This is a risk that many are just not willing to take.

The Zone is not just the simple prevention of a relationship (a “cockblock”, if you will), but it is full of torture. While in the “Friend Zone”, you will be seeing this person on a regular basis, which becomes painful, demoralizing, and even unbearable to deal with. For instance, said “friend” will want to hang out with you more and more, because “you’re such a good listener”, and then during these hanging sessions they proceed to speak of their many crushes and romantic issues, while you seethe quietly on the inside.

One girl can have countless poor souls trapped within her own personal Friend Zone. While these unfortunate individuals are unlikely to ever meet, when they do they see each other it is with pity, not sympathy, believing themselves to be superior to the other “just friends”. It’s not that they see each other as a source of competition, because they always think of themselves as the first choice of potential relationships from within the Zone. This is truly saddening to regard, as any objective observer can see that these guys have less of a chance at this than even the random dude she just met yesterday.

One could compare the “Friend Zone” to a room. It’s not a very interesting room—rather plain, really. There is a water dispenser, like you’d find in a staff room or office. There’s also a boring choice of wallpaper, and some old couches off to the side. The only reason you ever wandered near the room was the promise of cookies (namely, Tang!), and the belief that you wouldn’t accidentally get locked in the room. You were wrong. All of a sudden, you’re in this boring room, and while the water dispenser is enjoyable, there are no cookies whatsoever. What’s worse is that you have a window looking into another room, where you get to see various people, specifically not yourself, all enjoying cookies. But when you try to get out, you realize that you are locked inside. You are trapped. You become anxious, and realize that you’ll just have to live with the bland taste of water for the rest of your life.

One could blame the Zone on many of history’s worst periods, such as the Cold War or the Great Depression (please don’t look that up). While there is a general consensus among mankind that the “Friend Zone” must be brought to an end, our greatest scientists have yet to find a viable solution. The only advice to give is: avoid all contact with the female species.

99% of the girls I meet have me in their friend zone.