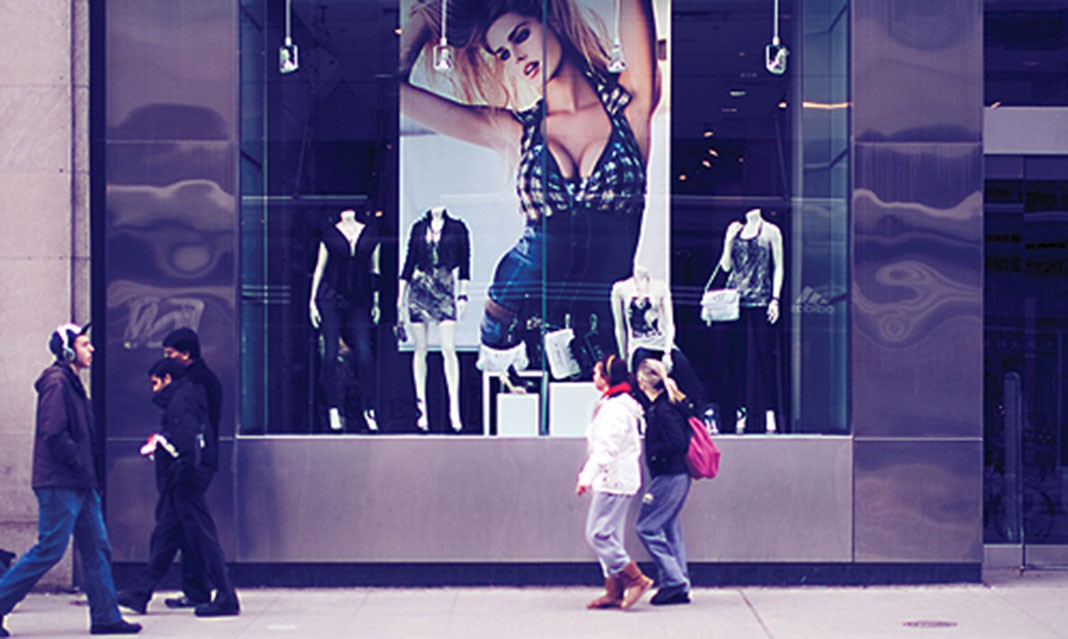 Many an Apple fan (a group that I belong to) would likely disagree. They would point to a Mac’s ease of use and to its ability to work without crashes. And they would be right, in my opinion. Still, there’s no denying that Apple has marketed itself as a cool brand, although a cool factor, objectively speaking, should carry little weight in deciding which computer to buy­—or, for that matter, which sneakers.

Advertisers love the cool factor. It’s hard to define and easy to exploit, which comes in handy when promoting the subjective qualities of a product instead of its objective qualities. All objects (and all products) have a symbolic value and a functional value. Advertising used to be about the functional value, that is, about the concrete reasons why you should buy a specific product. Over the years, however, the emphasis switched to providing products with symbolic connotations. The reason is that symbolic connotations help sell products, whose truly relevant features are almost indistinguishable from one another. Advertiers do this by creating a subjective difference in your mind between a product and the competitors’.

Let’s take cars for example. They all have four wheels and work fairly well at transporting people from point A to point B. Yet how many of us would hesitate to proclaim a BMW a better car than a Toyota? More importantly, how many of us would choose to buy a BMW over a Toyota, if money was no object? The answer is, I suspect, a number far lower than those would acknowledge that a cooler and faster car doesn’t equal a mechanically better one.

This is partly why many ads try to sell expensive products—products that are not really essential for us. Wristwatches, for instance, are convenient, but not really essential, especially today, when digital clocks wink at us from computers screens and microwaves and cell phones and subway displays. Yet many people pay thousands of dollars for a Rolex, even though a $50 digital Timex is actually more accurate than any Swiss-certified chronometer. In their mind, the cool factor justifies the high cost of the Rolex (although in this case “exclusive” is probably a better word than “cool.”) In fact, the Rolex’s high cost has become one of the main reasons why it’s cool or exclusive to own one.

Nowhere is this phenomenon more prominent than in the fashion world. Consumers lavish on brands just because a celebrity wears them (or is paid to say they do) or because they have been persuaded that that brand will make them cool (think of the little green crocodile).

We are being bombarded with ads. In 2006, US $391 billion was spent worldwide on advertising. The industry may be suffering, what with declines in TV-viewing and newspaper sales, but it is also fighting back, embracing the Internet, which it initially saw as its enemy, and studying market segments more closely than ever.

I’m not suggesting that advertising is inherently evil. In fact, it has allowed many products to come to us for free—from radio stations and web applications to iPhone apps such as Shazam. This very magazine would not have happened if it weren’t for the ads you’ve flipped through. And now that advertising in the media is compromised, many newspapers, including the venerable New York Times, will likely have to charge readers for online access. Ironically, some of them will no doubt be the same ones who had downloaded browser extensions to disable ads.

Some experts doubt that advertising will survive in the long run, when consumers will get most, if not all, of their entertainment from the Internet. That is beyond the scope of this article. One thing is clear: while mass advertisement may fade, there will always someone trying to persuade
to buy something. This is how they do it.

HOW ADVERTISERS LURE US

Advertises do a lot implying. Implying things rather than outright stating them allows advertisers to make people believe their product is cool, or better, or healthier, or faster without actually saying so. More importantly, it allows them to do so without violating regulations for making unsubstantiated claims.

One of the most effective ways to create an implication is by juxtaposing phrases, like “Get a good night’s sleep. Get [insert sleeping pill name] nighttime.” Another (trickier) way relies on presenting the same information in another way. For example, studies show that for products with a fairly large amount of an ingredient perceived to be unhealthy, people think the whole product is healthier when the good ingredient is advertised first (“75% fat free” rather than “25% fat”). Thus the ad implies that the product is healthy without actually saying so.

Advertisers also use bare comparatives, for example, “shampoo X gives you shinier hair.” But shinier than what? And how much shinier?

Non-facts, selective facts and minimal facts
Advertises carefully choose which features to promote. They may say a car is fast, but neglect to mention it uses more gas. They could also say a blender has 15 speeds—but is that better than just three?

As for non-facts these are statements that sound good and imply a certain quality but are completely unverifiable, such as “timeless appeal.”

This is often an easy puzzle. Solving it gives the audience a sense of accomplishment. Other times it’s simply a rhyme, which makes the ad easier to remember.

John Kuraoka, a freelance advertising copywriter, argues, “If your headline can be used for a different product, but it is still clever, then it is probably word play.” By that token, “Some explorers insisted on the best navigation systems,” an ad used by a Swiss watch company, would qualify as word play. It could refer to a navigation system (whatever that is) or to the watch they are advertising. Another example: a nail polish “Puts beautiful nails at your fingertips?”

Yet another trick is to use words with luxurious connotations. “Suite” for room, “generous” for “large,” “appointed” for “decorated.”

In a luxury watch ad, connotational meaning was tweaked to make readers associate the watch with luxury: “Satin-finished screws” (do they mean shiny?), “finely worked champagne dial,” “diamond treated applied indexes,” “deployante buckle.” Simpler words might have been chosen, but they would not have made the product seem as luxurious or exclusive.