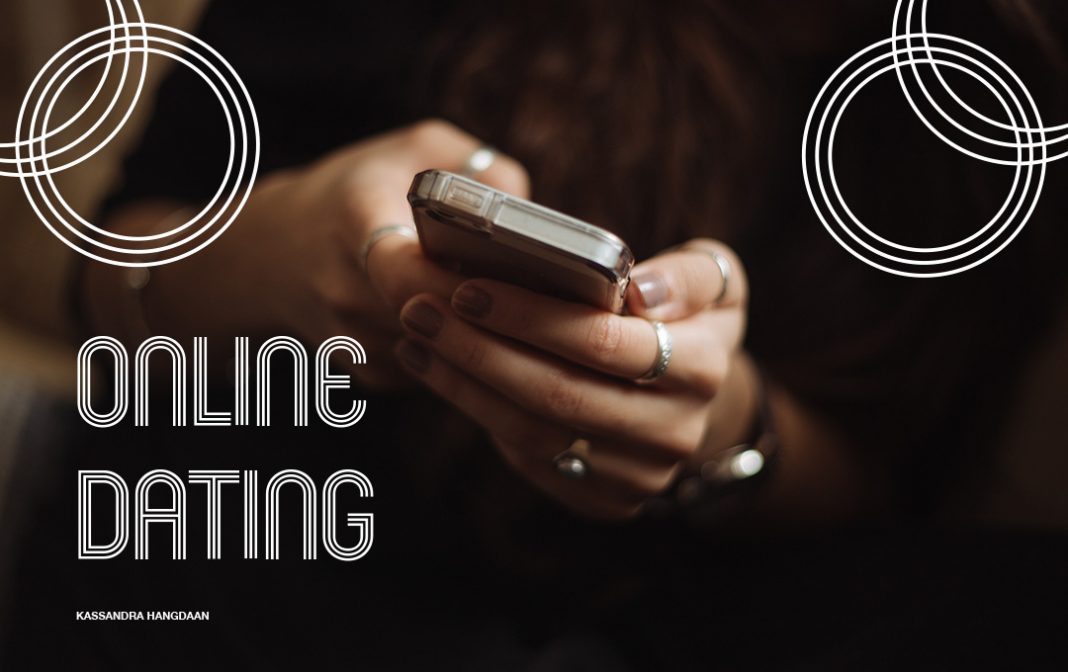 By now, the fact that social media has changed the way we interact in our relationships—by adding a disembodied online dimension—is nothing new. What is, however, is the use of social media not only in facilitating already established relationships, but also creating relationships in the first place.

Take the dating scene, for instance. I’ve been aware of the popularity surge involving the online dating scene since adolescence. As a high school student, I remember cursorily watching commercials on TV advertising sites like eHarmony. At the time, I thought it was an unnatural, and hence, a weird way of meeting potential significant others. My initial opinion of the online dating world reflected the collective sentiment at the time. Generally, the consensus around meeting someone online was unfavourable.

By the time I entered university in 2014, the stigma was pretty much the same. In an introduction to history class that I took, a classmate leaned over and whispered, “Don’t tell anyone, but I’m on Tinder.” The way she lowered her voice, and the glances she cast over her shoulder as if she were afraid of being overheard, suggested to me that Tinder, and online dating, was still something to be wary of.

But Tinder was novel in its conception and unique from dating websites compared to eHarmony, which required users to set up laborious profiles that characterized an era before it. First of all, it was simpler: simply swipe to the right if you’re piqued by the profile presented to you. If the other party also swiped to the right on your profile, then the opportunity for a conversation opens up between both parties. Due to its heavy reliance on a user’s profile pictures to attract potential matches, it’s no wonder—and, in my opinion, quite deserving—that the app has garnered notoriety for superficiality. As more and more people have hopped on the online dating bandwagon, it’s arguable that the wall of stigma surrounding these apps is slowly crumbling.

As the stigma dissipates, the influence of these online dating apps grows. Its effects on our day-to-day lives are evident.

Christopher Halim, a University of Toronto Mississauga management student who graduated in 2016, thinks that apps like Tinder have revolutionized the way people approach dating.

At the time of the interview, Halim held a full-time job at Bell. Given the demanding hours of working life, I was surprised to note that for some, Tinder has actually produced meaningful relationships and made it easier to even start relationships in the first place.

“Working full time makes it difficult to meet people outside of your workplace and online apps have definitely introduced me to people I would never have met,” Halim continued, “I think Tinder is a good way to meet people. As long as both parties are communicative and express what they are looking for in the beginning, it’s just like meeting a stranger in real life with less pressure of saying hi or exchanging numbers. My experience with dating apps have been mixed but I would say that’s also for meeting people in real life. Some people you don’t click with, regardless if you meet them in person first or through a dating app.”

Interestingly enough, Halim noticed something that has become a typical complaint about our generation’s infatuation with the online world—that is, the convenience of online dating has come at the expense of the quality in our real world social interactions. We’ve become so accustomed to online engagement and interaction that our social skills employed in real-time settings are failing. In a HuffPost article, author Katherine Brindley drew from researchers whose works predicted the extinction of small talk. Though some of us who are averse to small talk may rejoice at the thought of this, I think to be devoid of interactions taking place through small talk is a great loss. There is some underlying, humanistic value that takes place through small talk—and to lose it completely, because these online apps encourage conversations through texting, is to forfeit this value.

“While I believe meeting people online opens us up to a much wider pool of friendships and potential partners, we have to be careful of being so selective we end up rejecting everyone and not practice our social skills in real life and rely on texting,” Halim stated.

Besides dating, another interviewee, Jene Estigoy—a fourth-year political science specialist—explained the dynamics of meeting friends off the web. Estigoy joins platforms that align with her interests. She’s currently into Korean pop music and has joined fandoms—online communities—that center around her favourite boybands.

“It’s really easy to build relationships when you’re in the same fandom, because you like the same band, the same songs, the same members. Usually, it starts off with a simple follow— whether on Twitter or on Tumblr. It’s like sending a friend request on Facebook,” Estigoy explained. “You can respond to someone else’s tweet or leave a message on someone else’s Tumblr blog. For the most part, no one will think it’s bothersome, because we all enjoy talking about the things we love.”

Estigoy’s first time meeting a friend online was during TIFF 2014.

“One of the members of my favourite band got casted for his very first acting role. We [the fandom], along with several other fans, wanted to witness his performance in front of a big screen,” she continued, “We even befriended a fan who flew all the way from South Korea. When the movie was over, we all got together to grab some dinner.”

Estigoy further noted the benefits of fandoms: Not only is it an easy way to meet people, but the people you meet already share a commonality that binds a friendship together. Even though there may still be a stigma around meeting friends online, Estigoy downplays it.

“Personally, my online friends have become trustworthy people I can rely on. It’s been years since our love for the same band brought us together, and I’m still friends with those people. I talk to them on Twitter ever yday.”
As our dependence on, and interaction with, the online world increases, it would be unsurprising to me if all relationships of the future were tinged with some sort of online aspect. Whether that be through a dating app, online fandom, video games, the ways in which we interact with one another also has the ability to bring us together.