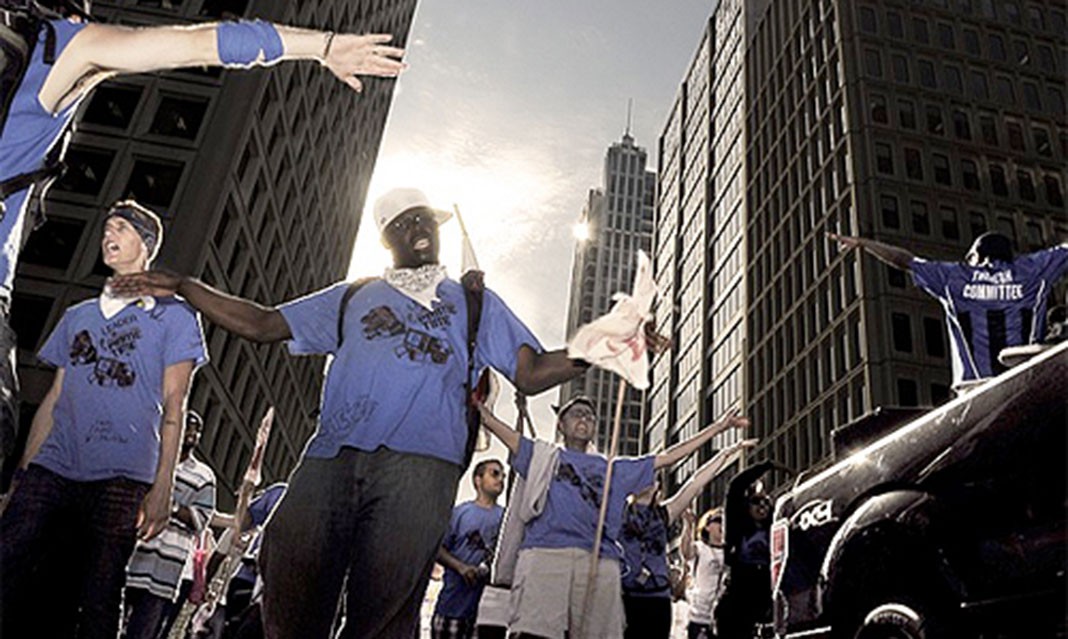 Like the 900 or so University of Toronto Mississauga Frosh students at the Hart House field during Frosh Week, I was silenced by the chant of “St. George rejects” that the downtown students hurled at us. How many of us, I wondered, are truly St. George rejects, dumped at the suburban Mississauga campus because we didn’t have a high enough GPA? More significantly, aren’t we all students of the University of Toronto with equal standing?

This has been a topic of debate since the inception of the two suburban branches of the University of Toronto. The degree attained at graduation is the same throughout all campuses, but the stigma exists that St. George is the actual “U of T.”

“Nobody says U of T St. George, people just say U of T. For the other two campuses, people usually say UTM or UTSC,” says third-year St. George student and frosh leader Katie Ross. Commenting on the traditional “rejects” chant, Ross adds, “I guess there’s this stigma attached that if you apply to U of T [St. George], and you don’t get in, you go to one of the other two suburban branches.”

Is this really the case?

“Not anymore,” says UTM academic advisor Doug Leeies. “Certainly there was a time when [UTM] was a dumping ground. [However,] this year we reached full parity. We had 21,000 applicants and reached our maximum intake of 3,000 students.”

But is that statistic down to the fact that UTM has a lower intake requirement?

“We used to have a lower cutoff. But it’s not much of a gap anymore. You tell me the difference between a 77 and a 78,” says Leeies.

The Mississauga and Scarborough branches are supposedly mere extensions of the same eminent institution—the main initiative of the tri-campus model established in 1965. As far as academia is concerned, do we need to compare ourselves with, well, ourselves?

Perhaps not, especially since the programs and courses offered differ from one campus to another. At St. George, the Faculty of Arts and Science encompasses all humanities, science, social science, and business courses. At UTM, each of the four is separated and stand as a faculty on its own. Across the three campuses, there are specific streams and specialists for programs like psychology.

But along with the varying academic disciplines, there’s also the dichotomy between the student experience.

“I actually came [to Canada] hoping to go to St. George, because that’s the U of T that I knew of from back home in Saudi. But they didn’t have the CCIT program which I wanted to get into,” says UTM third-year international student Afsoun Basheer.

Basheer’s elder brother is a 2001 graduate from the St. George campus. According to her, their experiences were vastly different.

“I couldn’t identify with so much of what he [described]. His student life at Trinity College sounded nothing like my time at UTM. It’s like we went to different universities altogether,” she says.

When asked which “campus life” she preferred, “St. George” was the resounding reply.

Not all UTM students, however, share that opinion. Many prefer the park-like atmosphere of UTM to the hustle and bustle of downtown. As well, the close-knit UTM community is what makes many feel at home.

“At the end of the day, we get the same thing written on our degree,” says fourth-year Professional Writing and Communications (PWC) major Rafay Agha.

“I like not being just a number. As I go on in my years [at UTM], class sizes become smaller, and I get to know my professors, and they get to know me.”

Preferences aside, UTM does hold its own in terms of student life and academia. And if you wonder whether students from the suburban branches get the same standard of education, just look at the long list of important people that have either graduated or lectured at UTM.

While it’s inevitable that students draw comparisons on what each campus has to offer, Leeies is adamant that “here or there does not make a difference.”

“To draw such comparisons would be to draw short the totality that U of T has to offer. I’ve been [at UTM] for thirty-nine of the forty years and sure, there have been many ups and downs, but now I can safely say that we are the University of Toronto in all of its many facets.”