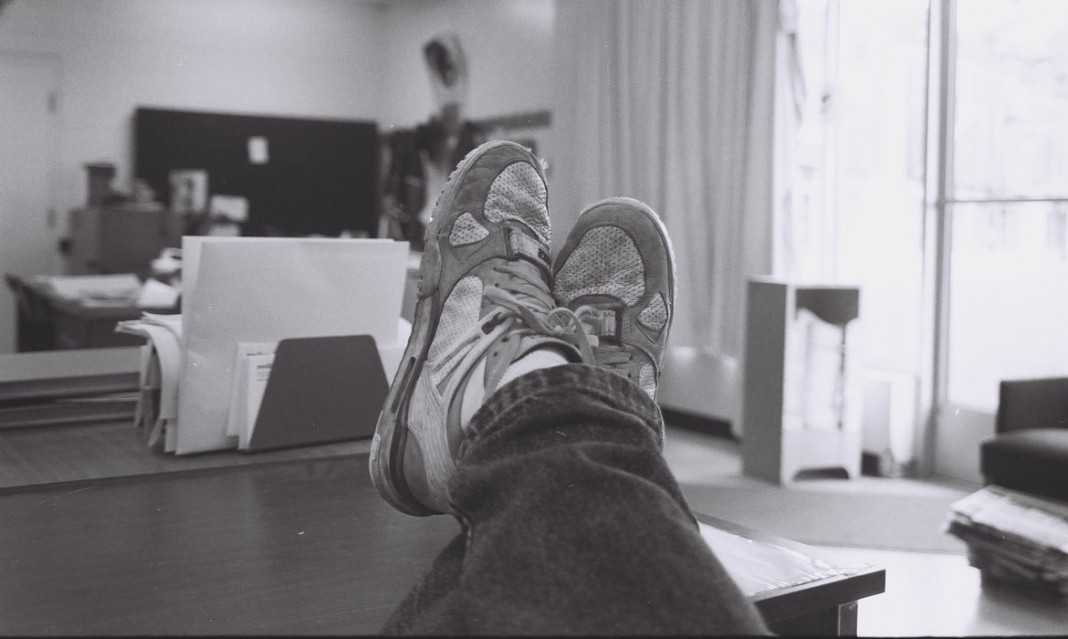 When I pitched my idea for this magazine, just for fun, to former editor Michael Di Leo—how I wanted to celebrate the 40th volume of the Medium, how I could get a hold of long-lost alumni, how I’d found all this great old stuff in the darkroom—his response was something like the scene in Inside Llewyn Davis when Llewyn plays a heartfelt song for the producer in Chicago. Michael nodded, paused, and replied, “So who will this be interesting to?”

He didn’t say this to disparage the idea, but to challenge me to do more than the obvious. The danger certainly is clear. Many a student might pick up this document and see nothing but an indulgent self-tribute, an homage to a newspaper nobody reads—and not even something relevant, but a collection of mouldy scraps passed off as still valuable.

But I don’t believe that’s the inevitable character of retrospection. There’s something more to be found here. As library technician Alan Lovette told me when I stepped into this role, the Medium is important because it’s the memory of the campus. This paper remembers even when we don’t, and even when we can’t, considering it has about 20 years on most of us here.

The newspaper goes back to the earliest days of Erindale College, and follows its progress from a wooded plot with half a dozen buildings, through long years of self-definition, to the explosion of growth we’re still riding in the modern day. It’s also sensitive to changes in the wider world: it registers Trudeaumania, John Lennon’s shooting, the fall of the Soviet Republic, the advent of the Internet. But most importantly, it remembers not only events and entities but people: real live people like you and me who went to the pub on weeknights, nearly burnt out every March, and shivered at the bus run. These are long-distance friendships—the distance is just time instead of space.

We’ve now travelled through and dwelt in their various worlds (because UTM has never been just one world) all year, and we’re eager to share what we’ve seen and heard. But soon the door will be open to everyone; the library is currently digitizing our entire archives so they can be read online. So take this magazine as a sampler, an invitation to spend time in these worlds yourself.