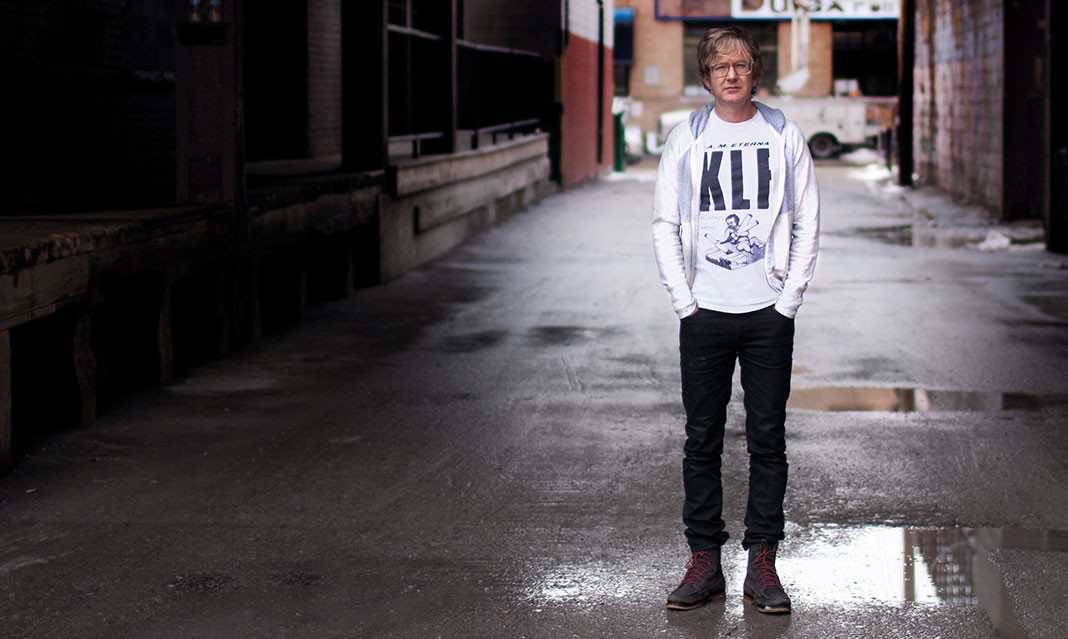 Brendan Canning looks like a ’90s rocker. I don’t mean like how Rod Stewart still dresses like 1980s Rod Stewart and should cool it with the blond highlights. I mean Brendan looks the same. He sort of tricked everyone into thinking that he can age when he grew that big, fat beard, but when I saw him clean-shaven, sporting a mop of blond hair, and shiny-eyed with his patented spectacles, I thought he may as well have stepped out of 1997. Minus a stupid Tilley hat or something that might give him away as a ’90s time traveller. He wears post-grunge well.

When I told him he looks like Peter Pan without his beard, he grinned and told me, “It’s a young man’s game,” poking fun at the prevalence of indie-rock beards these days. In according style, Brendan will be taking a step away from the double-ought indie and reviving some of the rock music he was playing 14 years ago. If what he told me about his upcoming project is evidence enough of his ’90s predilections, his secret to eternal youth is as follows: “Don’t age—refine.”

Before grilling him about his next project, I, like so many other Broken Social Scene fans, had to enquire about the status of the band. When the news of a “permanent hiatus” broke last November, many fans took it as the end of Broken Social Scene. The sheer size and talent of the group (which included Leslie Feist, Amy Milan, Andrew Whitman, and Emily Haines) had finally collapsed on itself and imploded in a terrible rock supernova.

Kevin Drew released a statement on their website after their “last show” in Rio de Janeiro about the break. “I said that we were gonna take a hiatus; people seemed to think that’s a breakup. But we’re all a big family; we’re gonna be around for a long time and when people want us back, we’ll come back,” he explained.

What Canning had to say seemed to corroborate Drew’s breakup ambiguity.

“It’s too early to tell. We’ve all got different bands, so, you know… just trying to live life without worrying about when the next tour is.”

However, when we were talking about David French, Broken’s saxophone player, Brendan let slip “David, who played sax for us—and will play for us whenever that happens again…”

I breathed a sigh of relief, feeling as though the return of the group was in his mind an eventuality, as opposed to just a nice thought.

Brendan’s next project is actually a revival of his longtime sideband, Cookie Duster. Brendan told me that he and Bernard Maiezza (of Change of Heart) had been writing music together since 1998. When I asked about the group, he described Cookie Duster simply: “You know. Drums, guitars, bass, keyboards, synth drums, a couple of us singing. I don’t—you know, I’m not going to describe it any more than ‘pop rock’.”

Anyone who knew about the 2001 eponymous release can expect more from the next album. “Bringing in other songwriters has been massively key to the event, and plus, years of experience in Broken honed my chops a bit,” says Brendan. Teaming up with Mat Murphy (Super Friendz) on guitar and Jeen O’Brien (Toronto rock vet) on vocals, Brendan assured me, “The sound will be 90-ish. That’s for sure.

Moving away from Brendan’s 2008 solo release Something for All of Us, he also chose new labels for the album, as opposed to his longtime Toronto outfit, Arts and Crafts. We can expect a release in late April on Maple in Canada and on SQE in the States.

For those of you who can’t wait until April for a little more Canning, he does the headlining DJ set at the Piston on the last Saturday of every month. It’s free before 11. Cheap lunch: Probably, like, Ali Baba’s or Fish Plate. I’ll grab a sandwich every now and then at the White Squirrel; they do an okay sandwich there.

Small venue: Shit, the Piston. Just a great room, I haven’t seen a show there, but for DJing? Great! It’s small, you know? Eighty people on the dance floor and you’ve got a serious party. Another 70 in the front room, it’s perfect. The perfect bar for my sort of DJ sets.

Large venue: The Phoenix. I mean, people complain about every venue in the city, I don’t even mind the Sound Academy.

Recent film: The Descendants. Yeah, you know, it was pretty good. This year’s The Ice Storm.

Movie theatre: The Royal [laughs]. I don’t go there that often, but I do like it.

Dancing: My friends do a reggae night that I DJ once or twice a year at the Embassy. It’s called “Pressure Drop”. It’s all reggae. Solid tunes throughout the night.

Coffee: We’re at it [Jimmy’s]! Or Mercury, where my buddy Neil Rankin used to work (putting on his “plugging” voice) from bands like Foxfire.

Drinkin’: Wherever people are paying for the drinks. But after soccer games we go to Sweaty Betty’s.