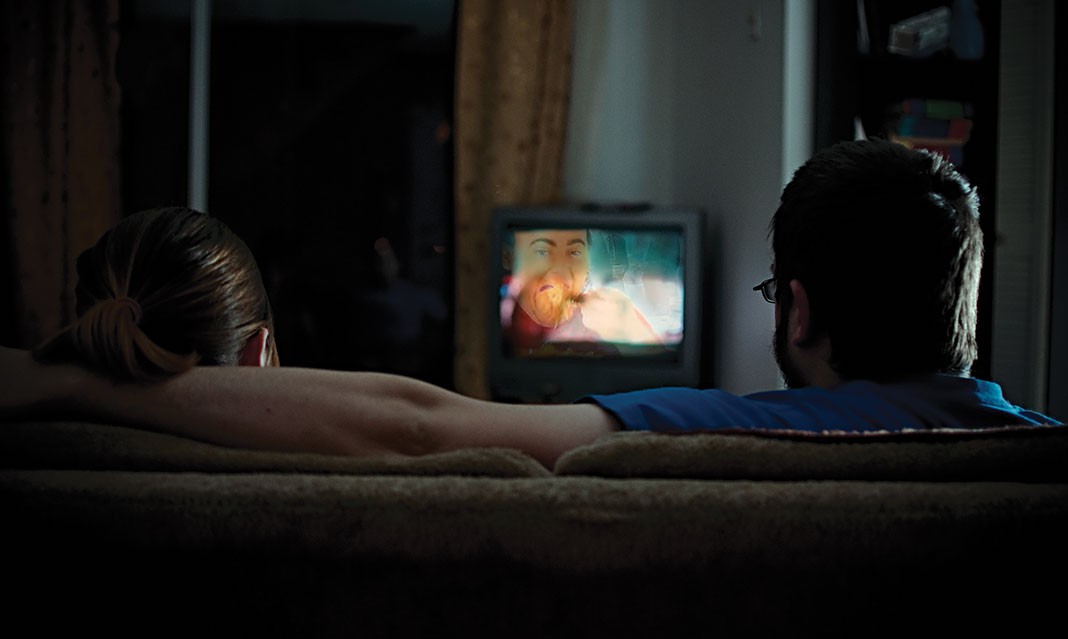 You’ve somehow established the flimsy pretense of “watching a movie.” Don’t blow it by throwing on Schindler’s List. Now, it’s important to differentiate between a “make-out movie” and a “date movie.” “Date movies” are meant to be engaging, at least for one party. If you put on Garden State you might end up watching and enjoying the movie in its entirety. None of that is making out. What you want is something innocuous and ignorable. A film that you’ve both seen already works best—and you’re all set.

Movies to drink to

Movies you can turn into a drinking game work well. Take a shot every time Mitch Kramer (played by Wiley Wiggins, the most unfortunate name in Hollywood) touches his face in Dazed and Confused. That will get you right messed up. Alternately, there are a bunch of movies that just make you want to drink. Beer Fest, Animal House and Strange Brew all work, for obvious reasons. I guess Mad Men isn’t a movie, but it does make me want to drink Scotch and congratulate women with ginger bum-taps.

Binge drinking affects memory, cognitive functions, mood and memory. Consequently, you’re better off taking it easy on yourself, so maybe leave Synecdoche, New York for another day. Comedy is the route to take. The Hangover is a given. I like to re-watch my favorite Judd Apatow. Alternately, classics like Billy Madison or Wayne’s World are the perfect fit for slipping in and out of hangover naps. Your best bet is to just turn on TBS—Ferris Bueler’s Day Off is bound to come on eventually.

Here’s your opportunity to really show your true depth, by presenting a piece of art that you have nothing to do with, and taking some ownership for the sake of getting someone else to like you. Don’t go overboard with the documentaries or art-house nonsense. You want to portray yourself as intelligent, but you don’t want to bore/scare away your date. Having said that, Who Killed the Electric Car and Antichrist can wait until the sixth or seventh date. Sometimes obscure films are obscure for a reason. Just try something with a tangible plot, without a huge mainstream following. Charlie Kaufman’s Adaptation or Rian Johnson’s Brick have that kind of appeal. Going foreign or classic are other great ways to pretend that you’re smart. If you can find a copy, Francis Veber’s Le Dîner de Cons is excellent, or even Casablanca in a pinch. If you really want to feign sentiment, just put on Amelie.

M. Night Shamalan’s The Happening was so incredibly bad that I think it needs to be celebrated. In the same way that Tommy Wiseau’s The Room is still shown in theatres across North America since its release in 2003, just so people can make fun of it. I almost feel the same way about Lady in the Water. The only difference is that I think the actors in Lady in the Water might have been attempting to make a real movie. Zooey Deschanel and Mark Wahlberg in The Happening don’t even look like they’re trying. If neither of these tickle your fancy, watch Show Girls. If not comically poorly acted, you at least get to see the girl from Saved by the Bell topless. Like, a lot.