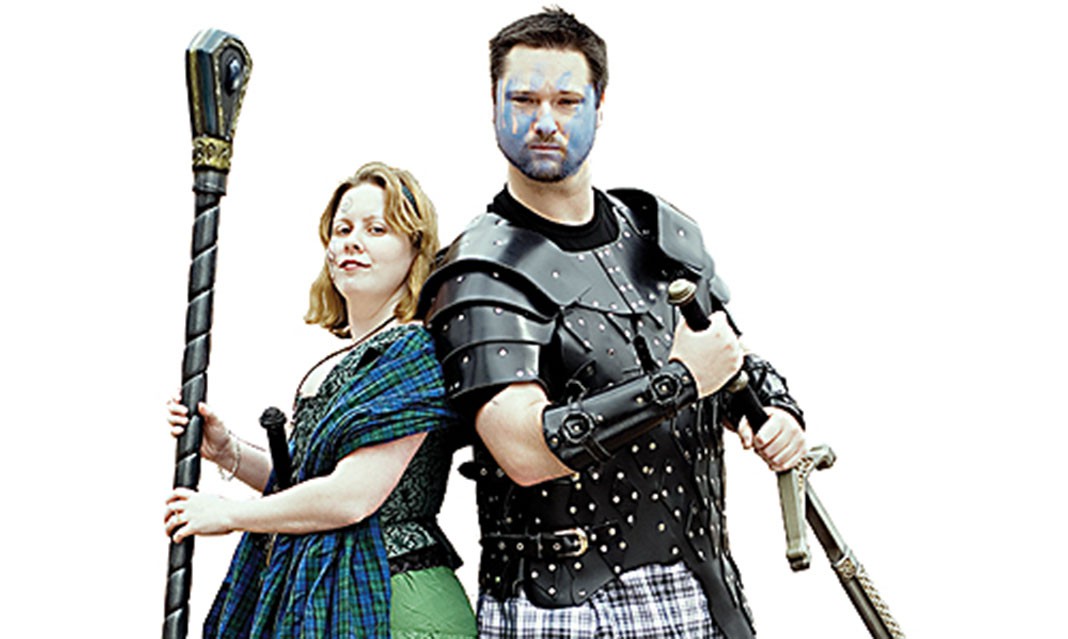 I enjoyed looking at Avatar. I did not enjoy listening to it. If I could have just looked at the cool 3D graphics while enjoying my own soundtrack, the whole experience would have been a lot better. Should you get dragged along to a matinee, smuggle in Life After Death by Notorious B.I.G.—it will up the epic factor. Who knows, maybe it’ll sync up, Dark Side of Oz style. (Although I think “Ten Crack Commandments” might be playing when some freaky Na’vi sex goes down, so maybe not.)

…When the power goes out

I hope you have either an iPod or a battery-operated boombox (see page 3), because without it, it’s going to be a long night. The good news: Ragged Wood by Fleet Foxes will make you feel like the lights went out for a reason. Turn it on and go into your bedroom: there’s probably a glowing light emanating from the magical land inside your wardrobe. Dripping with sentiment, the album evokes the hidden life in a forest not meant for human eyes. Light a candle, listen to the harmonies, and try to enjoy going electricity-free for a night.

…When you see your crusty old professor in a bar

Oh my God. Is that him? It’s totally him. You’d recognize the neck hair sticking out of the back of that turtleneck anywhere. What is he doing out this late? It has to be past his bedtime. Maybe he didn’t get tenure? At any rate, this is your chance to make a good impression on the grumpiest man in the department. If I were you, I’d ask the bartender to play Miles Davis’ Birth of the Cool. If he ever went to a hip bar in his youth, it was probably playing. Nostalgia + Alcohol = A+ for you.

…When you’re having a classy dinner party

The best dinner party music, as everyone knows, is something that will make your guests feel classy. There is only one album that can guarantee a classy evening regardless of food quality: Getz/Gilberto by Joao Gilberto and Stan Getz. This bossa nova twosome are so smooth they’re unctuous. They’re smoother than that 2003 Cab-Sauv you just uncorked, and smoother than the bleu cheese crumbled on top of your poached pear and walnut salad. Don’t worry about what’s in the oven. Sit back and let Getz/Gilberto do all the work for you.

…When the night was a bust

Hey girl. It’s cool. We’ve all been there. Sometimes the night seems so promising, and then all of a sudden it’s 4 a.m. and you find yourself crying salty, drunken tears into your McNuggets. Don’t just sit there and wallow! Put on Edith Piaf’s Greatest Recordings. If Edith were alive today, she would probably be wiping fry grease off her American Apparel tube dress and losing her phone in the cab every single night, but I can guarantee she wouldn’t regret one minute of it.

…When you’ve gotten your wisdom teeth out

I’m assuming at this point that you’re loopy from the Tylenol-3s and you just dribbled water all down your numb chin. For the next several days you will be bored as hell. Instead of watching reruns of Maury all day, switch it up and listen to Joanna Newsom’s Milk-Eyed Mender. It’s probably the only thing you’ll be able to sing along to: girl sounds like she has a mouthful of marshmallows when she sings. The truth is, if you know what LARPing is, you’re probably going to go LARP right now, and you’ve already made a kick-ass playlist. For the uninitiated: LARP stands for Live Action Role Play. It’s like Dungeons and Dragons, except you dress up and act out that you’re actually in that dungeon, slaying that dragon. Prepare for an emergency LARPing situation by bringing along the Blue Album by Weezer, the only band I can think of who might appreciate a good LARP. Strap on your plastic sword, grab your dice, and LARP freely. Rivers has your back.

…When you’re about to travel back in time

Okay, let’s think logically for a minute. If you’re going backwards in time, you should listen to something that would sound unbelievably cool when played backwards. Given that criterion, Jimi Hendrix Experience’s Axis: Bold As Love seems like a no-brainer. First, it’s already awesome forwards, which would bode well for its backwards-awesome capacity. On an even trippier level, much of “Castles Made of Sand” was recorded backwards and then flipped around. So that’s backwards, then forwards, then backwards again. !seog ti woh wonk em teL

…When you’re breaking the law

I don’t know what it is you’re doing, and I don’t want to, but I’m not going
to judge you. I’m just going to suggest an album that will give you the cojones to go through with it and not bitch out in the middle of the act. Fire up your iPod and put on the Rolling Stones’ Beggars Banquet. The Stones are notorious for having the ability to justify pretty much any crazy, debauched behaviour by spinning it into a prime example of badassery. Plus, the opening song is “Sympathy for the Devil.” It’ll feel right, even though it’s probably wrong.

I know it seems like I’m not finished yet. Why are there only nine albums, you ask, and not ten? Well, it’s one of those teach-a-man-to-fish situations. I won’t always be there when, say, you bump unprepared into an old flame, or your cat eats last night’s takeout and you need an appropriate soundtrack while you’re riding to the animal hospital in your mom’s van (or, horribly, both at once). I gave you the tools. Now it’s