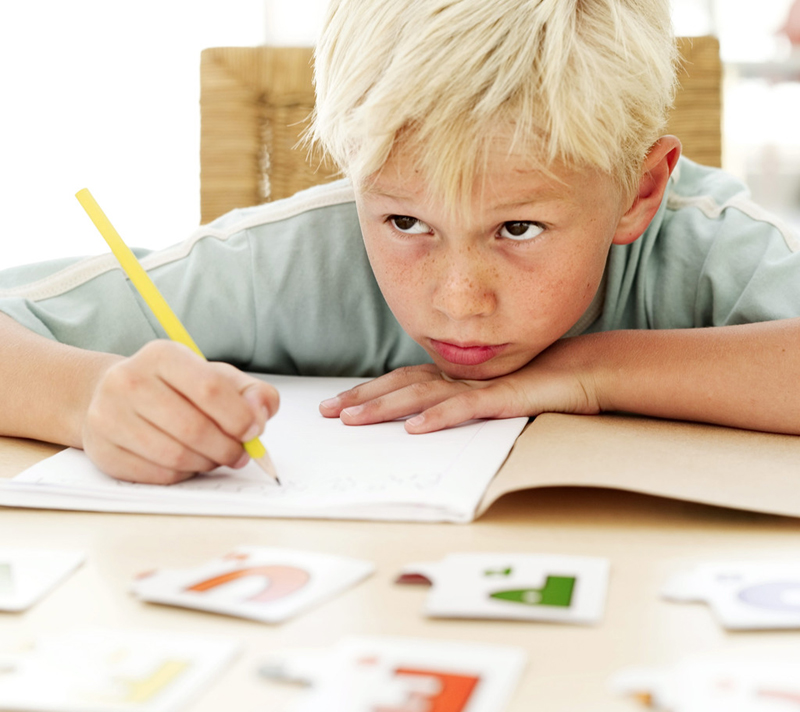 We all have that one crazy friend—the one that never stops talking about the hot girls or guys in their classes, checks their Facebook every two minutes during lectures, and always has something to rant about, no matter how irrelevant. There are advantages to having such an upbeat friend, like never being bored in their company. But sometimes you just want to blurt out, “Chill already! Do you have ADHD or something?” We use medical terms loosely in our daily lives, and often condescendingly—but do we know what they really mean?

Technically, attention deficit hyperactivity disorder affects communication between neurons in the brain, mostly in the prefrontal cortex. The exact mechanism  is unclear, and there are a number of competing theories, but by all accounts there is a deregulation of neurotransmitters, which  are chemicals that modulate attention and arousal (including the distribution of seratonin). The affected area is the seat of the executive functions, processes that regulate our behaviour and control working memory, thinking, planning,  focussing, and organizing.

More simply, people affected by ADHD have an extreme difficulty in focussing on something without being distracted, and are much more impulsive and restless. There are three main symptoms:

1. Inattention, often marked by difficulty in paying attention to details, inability to sustain attention when other events are occurring at the same time, extreme procrastination, and disorganized work habits.

2. Hyperactivity (any type of  physical or verbal overactivity), marked by fidgeting, excessive talking, squirming while seated, and noisy and disruptive behaviour.

3. Impulsivity, marked by impatience, difficulty in delaying responses, and frequently interrupting or intruding on others’ speech, to the point of causing problems in social or work situations, and reacting without considering the consequences.

Reading this, one might think, “Oh, wait. I do that stuff… so I have a neurological disorder now?” Probably not. Everyone has self-regulation problems from time to time, but one difference with ADHD is that the symptoms impair their ability to function in at least two distinct social settings.

Although no single cause of ADHD has yet been identified, research shows that heredity can make you up to four times as likely to develop it. Other possible causes include exposure to toxic substances  (especially lead) and injury to the brain from trauma, strokes, and brain tumours. Pregnant women who drink or smoke make their offspring more like to develop ADHD. Males are also far more susceptible than females.

On the other hand, contrary to popular belief, ADHD is not caused by diet, the vestibular system, poor parenting, family dysfunction, or television. Nor is it the result of disobedience, laziness, poor motivation, or low intelligence.

ADHD is most prevalent among young children above the age of seven, but 60% of those affected carry the disorder into adolescence and adulthood, where it can interfere in almost all daily routines and schedules. Luckily, there are several resources available in Canada to help treat it.

The first step is to be assessed by a physician. Some people may deal with ADHD their whole life and not be aware of it. Some red flags for adults are a history of difficulty with attention, issues of anger management, addictions, collecting, compulsive shopping, sexual avoidance or addiction, obsessive eating, compulsive exercise or gambling, substance abuse, and extreme restlessness.

Medication is the most common treatment; however, no single treatment works for everyone. Medication comes in the form of stimulants and non-stimulants.

Stimulants, such as Ritalin and dexedrine (under brand names like Concerta and Focalin), stimulate the brain to make better use of the neurotransmitters. Non-stimulants are often prescribed if the patient does not respond well to the stimulants, or if the patient has a heart condition or bipolar disorder. Medication has shown to be the most effective treatment; however, it has side effects (as with all drugs), and is often complemented by behaviour therapy.

One of the most popular behaviour therapies is Cognitive Behavioural Intervention, which teaches self-control through verbal instruction, problem-solving, cognitive modelling, and self-monitoring,  with the regular aid of a therapist. The patient learns how to organize and prioritize in different settings, and how to stick to daily routines.

An alternative treatment, Clinical Behavioural Therapy, focusses on educating teachers, parents,  and caregivers on managing children with ADHD. They are taught how to react and behave so as to assist the patients’ development.

Intensive Behavioural Treatment, which is often combined with  the latter, focusses on improving self-control and socialization.  In order to gradually develop  social skills, the patient is exposed to a small group of people and then later to a larger group, the size depending on each patient. They can learn how to avoid interruption or excessive talking.

Finally, the Combined Pharmacological and Behavioural Intervention program combines medication and behaviour therapy. This allows the dose to be reduced for those who show progress in the behavioural programs.

Although the doctor usually decides which treatment program is right, the most valuable treatment you can give to a friend, sibling, child, cousin, neighbour, or coworker affected by ADHD is  support and patience. Sometimes we’re so caught up with how we think others should be that we forget how hard it might be to actually be someone else.

So the next time you’re on the bus and some overactive kid refuses to be seated and forces the bus to stop because of his restlessness, take  a minute and consider his  condition. He may have ADHD.