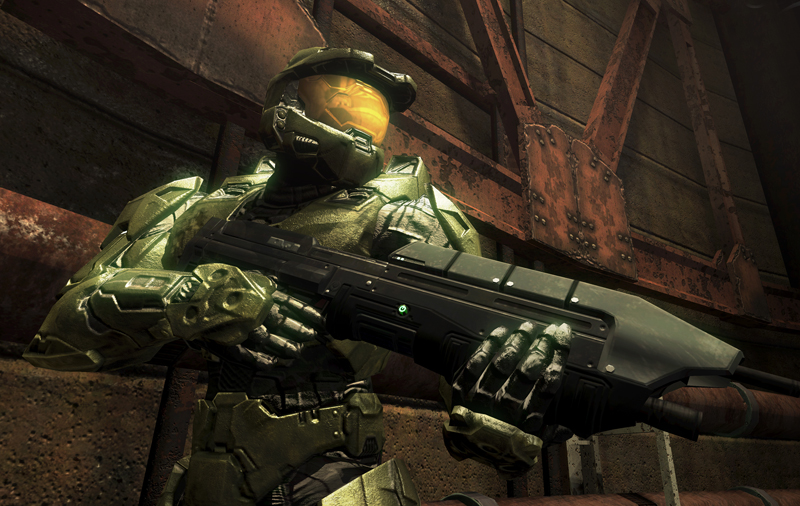 If you’re looking for tips on how to be more of a ladies’ man, or work on your pickup lines, I’ve already misled you with this article’s title. I’m talking about video games. From the D-Pad to the joystick to motion-sensors, video games have only become more immersive, giving players an easier way to suspend reality. But why do guys love it so much? And why is going home and turning on your Playstation 3 such a ”guy thing”?

I’m not saying that there are no women who like to go home and unwind by playing some Madden ’11; I’ve had my ass handed to me a few times by girls playing online. However, gaming is certainly usually marketed to boys and men, so it’s no wonder that the testosterone-driven hobby doesn’t appeal to a lot of females.

The consensus among the girls I spoke to about men playing video games was a collective sigh; it was the sound of disappointment in the opposite sex, a reaction that would make any man feel the need to hide his love of gaming. I wasn’t surprised—I have a Playstation 3 and a girlfriend, and I know that when I’m playing with one, I can’t play with the other. Still, I saw it as my responsibility to find out why women feel so negatively about guys that play video games. No matter who I talked to or what I read, it all came down to a few things.

Most video games are marketed for men. No big surprise; but when 99% of the advertising and games are geared toward shooting, explosives, or sports, do we really expect anyone who’s not blinded by absurd amounts of testosterone to really care? And there aren’t many games that specifically target women as the audience.

Let’s take it a bit further. Video game companies typically target two groups: one is men, as I mentioned already, and the other is children. Every girl I spoke to said they thought men who play video games were immature; whether it’s a Playstation or a NES, they’re still considered toys. One student related a man playing video games to a woman playing with dolls. I agree that if I found a woman who still played with or even owned a Barbie collection, I’d think they weren’t all that grown up—or stable. But is this really the case for games? Are video games childish? As somebody who owns and plays them, I beg to say no. More than half of all games these days have 18+ ratings and are NOT made for kids, but it doesn’t seem to matter.

More important than the association with immaturity, or a possible misunderstanding of gaming, is the “typical” image of a gamer. Thanks to a small group of “hardcore” gamers, the entire world views video game players as “losers” and “geeks”. Most people believe that the only ones who play games are the ones who feel like they have nothing good happening for them in reality. Now, don’t get me wrong.

There are many out there who fully immerse themselves in the games they play, discarding all of their real friends for people they only know by online nicknames—but that’s a minority! Of the three girls I spoke to in preparation for this article, none of them thought I was somebody who played video games regularly. That suggests that there’s still an inaccurate stereotype of the typical gamer and it’s a turn-off.

So, for the guys out there who are looking for love, but have already found their passion in gaming, I offer a “strategy guide” to juggling both.

1.Try to defect from the stereotypical gamer look as much as possible; don’t wear video –game-themed clothing, don’t talk “gamer speak” with her (“Hi, I’m Steve and I’d love to be your noob boyfriend”), and don’t bring up your love of gaming.

2.If she brings it up, downplay it. Tell her you play when you’re bored, or just occasionally, even if your current game of Madden ’11 is paused at home while you’re at school.

3.Don’t hide your system(s); I’ve found that girls don’t really mind if we play video games, as long as we don’t do it when they’re with us, and we don’t start showing the signs of becoming what they think is a hardcore gamer. At the same time, don’t start showing up on dates with the portable systems like the PSP; she won’t mind seeing it at home, but she doesn’t want it to be a fixture in your relationship.

4.Make her the priority. If she needs you, the games shouldn’t matter. You may get infinite chances in the game, but not with her.

I think if you stick to all that, you should be successful in both facets of your life; and maybe do your part in changing the stigma associated with gaming. Oh, and if you do find a woman who happens to be into gaming as much as you are, hold on tight, because you’re on the winning end of a glitch in the system.