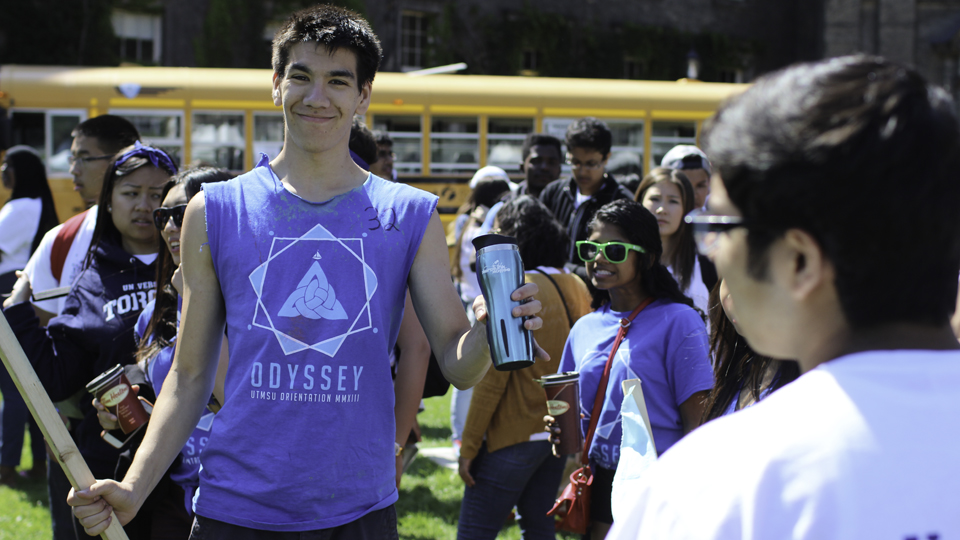 Several events could characterize the past eight months. We watched as our neighbours to the south shut down their government. The Kenyan mall shooting left many shaken and made others question their own safety. Many of us celebrated as gay marriage was first legalized in England and Wales, and then in several U.S. states. Throughout the world, people discovered more about what it means to be a global citizen.

The 2013/14 school year also revealed the personal interest UTM students take in their school. We watched our tuition dollars at work as old buildings were renovated. We decided we wanted to direct the course of our campus. When asked whether we wanted a fee hike for a Student Centre expansion through a forceful, one-sided campaign, we said we didn’t want it. We went to pub nights. We stayed up late finishing assignments. We joined campus clubs, met new friends, and discovered more about ourselves.

Students took a moment to reflect on what they faced this year and shared these memories with the Medium.

“For the first time, I had time to participate in the workshops and extracurriculars UTM offers,” says Tyler McLaren, a fifth-year professional writing and communications major. “I saw the university in a less daunting light.”

“I was more involved on campus this year,” says Jelin Phillip, a fourth-year English major. “I got to meet and become friends with so many unique people. It helped me notice things about myself that I hadn’t realized before.”

Others, such as fourth-year anthropology major Danielle Elson, felt this year was about building strong relationships with her classmates. Elson says, “Hanging out at the pub with friends was best for me. I enjoyed talking with them, [and] especially drinking beer and playing cards.”

Corey Belford, a fourth-year philosophy major, felt his greatest moment in the term was overcoming an academic obstacle: “I found a loophole in my syllabus. I thought an assignment rewrite was optional—it wasn’t,” he says. “I missed the first deadline. I ended up getting the mark from the rewrite being retroactively applied to the original assignment. I won back 10 percent of my grade!

“I’m going to miss the amazing people I had the privilege of meeting this year,” Belford continues. “Some were strange; many were brilliant; they were all so funny. I hate to see them go, but I know I’ll see a lot of them again come next September.”

The past year helped many students discover more about themselves.

For many students, this term is their last at UTM. As their graduation draws nearer, many prepare to say goodbye to university life. “There’s a lot I’m going to miss,” says McLaren. “I enjoyed the courses. I met a lot of really great people. I know it’s time to move on in life, but I’ll definitely remember the times I had at university.”

“I’ll miss this school,” says Phillip. “My experiences shaped my ideas immensely. They helped me develop further into the person I want to be.”

Many graduating students feel their final year helped them find their place in the world. They believe their university experience helped them find a sense of direction as they move into the workplace or graduate programs.

“In my first year, I never would’ve thought I’d be going into a public relations program after university,” says Kayla Robinson, a fourth-year drama specialist. “It’s crazy how much we’ve all changed. University has really changed me.”

Phillip offers some final advice to students entering or continuing studies in the fall: “Don’t be afraid to speak up. Plan ahead and research what your program requirements are. Get involved. And above all else, do what you want to do, no matter what anyone else says.”