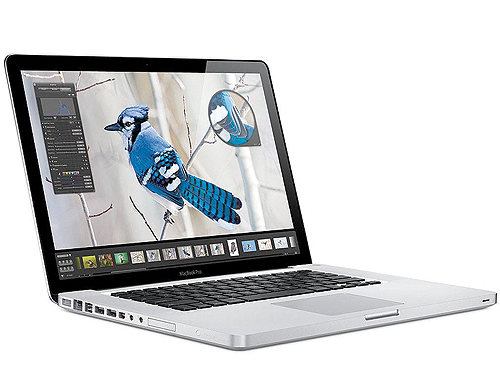 A war is being fought; fought in the aisles of Future Shop and the corridors of Best Buy; fought on the TV ads where Justin Long mocks John Hodgman; and fought for your wallet, your investment and your allegiance. Who are the warring factions, these bitter enemies of commercial comparison? They are Apples line of Macbook laptop computers and the PC laptops of producers such as Dell, Acer, and Compaq. Both sides have their points, but which is better for students? The Macbooks OS X operating system is the deciding factor in the PC vs. Mac debate. Photo Source: www.tech2.in.com

Laptops are growing in favour as a standard piece of college equipment. Whether theyre used to take notes in class, write reports into the wee hours of the morning, or — more typically — watch Family Guy clips and movie torrents, computers have become an integral part of campus life for many students.
This review wont compare Apples professional line — the Macbook Pros — and professional level PCs. It will compare cost-friendly models of similar hardware capability — the kind students can afford.

Often the PC vs. Mac debate is superseded by petty, almost fundamental fervour for whichever company the writer prefers. This approach, however, wont make any progress in addressing students needs and wants. Casting aside the notion of companies, should you buy a PC laptop or an Apple Macbook? Who should win the war for our wallet?

Each side has one big selling factor. Apples is that their computers last. Compared to the lifespan of a PC laptop, the Apple Macbook, through its OS X operating system, is an incredibly stable machine. I still own a working iMac G3 from 1998, and while I have no reason to use such a machine (a contemporary cell phone works faster than the old iMac) it stands as a testament to the stability of the Mac. Others could say they have working PCs from eleven years ago, but this is a rare occurrence. While Macs dont age like fine wine (no computer does), they wont fall apart, and will work for as long as theyre needed to.

The PCs selling factor is their competitive price. PCs, in general, are cheap. This is not to say that the components inside them are reflective of this price. PC hardware is usually equal to or exceeds that of the Macbook. This fact is a huge advantage, and the companies that produce PC laptops expose this fact in their laptop hunter ads. If you have seen these ads on television, then you know that its impossible to find an Apple laptop under 1,000 dollars.

Apple has recently addressed this issue, significantly lowering the prices of their laptops. PCs are still cheaper, but not all of them: brands such as Sony, Toshiba and IBM carry a premium price tag. But even a PC with a lower initial purchase cost may end up a more expensive product when the owner tries to resell it. Used Macs, on the hand, tend to be easier to sell, which makes them a better investment.

Macbooks last longer and PCs are initially cheaper. But is that enough information to decide which computer is right for you?
It isnt. Students use computers for everything: for listening to music, uploading photos, and watching movies. Students need computers that are functional, run well, and wont break down the day before a major essay is due.

PCs and Macs are structurally similar. Most modern PCs run on an Intel Core 2 duo chip set, and have two gigabytes of RAM. This is similar to the Macbook. But the OS X operating system in the Macbook separates the two. Windows Vista — soon to be Windows 7 — is the standard PC operating system. Consumers and critics alike despaired at Vistas many quirks and annoyances, whereas Leopard, as well as the newly released Snow Leopard, was greeted with stellar reviews and high sales.

Most Mac users are fond of saying that OS X lets the computer compute and its owner work. It would be hard to find a creative field in the professional world where the Mac is not the computer of choice. Whether its to edit a film, design a webpage, record music, or simply reorganize family photos, the Macs interface, with its user-friendly, built-in shortcuts and drag-and-drop capabilities, is just easier to use and keeps users from navigating mazes of databases, and being confounded by too many options. According to a recent Business Week article, Apples score on the quarterly American Customer Satisfaction Index soared to 85 on the 100-point scale, which is the highest score ever recorded by a computer company, and a full ten points higher than nearest competitor Dell.

Steve Jobs was quoted as saying that he considers Macs to be the BMWs of computers and that PCs are the Fords. Each one brings you from point A to B, but would you say that a Ford is in any way comparable to a BMW? Happy shopping.