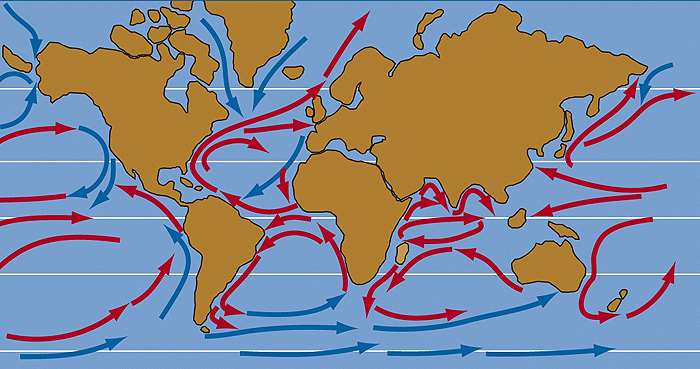 There is an island twice the size of Texas in the middle of the Pacific Ocean. It is completely man-made and doesnt turn up on satellite scans, so dont bother looking it up on Google Earth.

This sounds like the location of a supervillains lair or the site of a secret government project. If it were either, the name would have to be something incredibly cool, perhaps something like Calligristos Island of Doom or the Omega Project. Unfortunately, the island is neither a lair or a government conspiracy, and its name is the Great Pacific Garbage Patch.

The Great Pacific Garbage Patch is a sprawling pile of plastic waste caught in the North Pacific Gyre, a system of currents that cycle around itself.

When plastic waste ventures into it, it is caught in the current, forced into the patch and fenced in by the circling currents. The currents that keep the Garbage Patch together circulate an estimated 100 million tonnes of pollution around itself. It isnt just bottles and Ziploc bags that are caught in the patch either — it is not uncommon to find large items such as plastic lawn chairs or childrens toys floating in the heap.

The waste comes from us: 15 billion pounds of plastic are produced each year in the United States alone. Assuming that an average person weighs 200 pounds, that mass of waste is nearly double the combined mass of the population of Canada. Less than ten percent of this plastic is recycled, leaving the remaining thirteen and a half billion to wander the world looking for things to do. And since this is plastic we are talking about, the things they do are not going to win any good citizenship medals.

Plastic waste of the garbage patch creates bigger problem than conventional pollutants. Plastic differs from natural wastes because it doesnt fully degrade. It just breaks apart into smaller pieces, which can cause more damage to life, the way shrapnel can cause more harm than a single bullet.

To most, the pollution is out of sight and out of mind and has yet to be the focus of cleanup efforts due to its location between California and Hawaii — a part of the ocean rarely traveled by ships. However, the Garbage Patch has grown larger with each decade and has become a plague to marine life. Ingestion of the plastic by aquatic organisms is one of the largest problems. Greenpeace estimates that nearly one million seabirds die of plastic ingestion each year alone. Sea turtles can also mistake floating plastic bags as jellyfish — a common food source — and die from ingestion.

Disrupting an ecosystem already damaged by industrial pollutants and human activity can be dangerous. Aside from the possibility of shifting currents covering our shores in waste, our health and the health of future generations may be in jeopardy.

The unusual density of plastic means that it can absorb toxins and pollutants normally found at low concentrations. When organisms consume these plastics, the toxic compounds in them enter the food chain, which humans are a part of. Birds, fish and turtles are often found off the coasts surrounding the Garbage Patch, their stomachs clogged with items not even a circus performer would try to swallow. Cigarette lighters, balloons and sunglasses, among other waste, have been found.

Unfortunately, there is little to be done about this roundabout of plastic debris. It is predicted that much of the plastic will eventually fall to the sea floor where it will affect another part of the marine ecosystem. Greenpeace, along with many worldwide partners, has proposed enforcing a system of marine reserves. These reserves would allow marine life to live and regenerate their populations in an environment safe from harmful pollutants.

Most experts agree, however, that we should instead focus on how our habits affect the ocean instead of eliminating our interactions with it. Greenpeace advises smarter use of plastic materials, proper recycling and suggests avoiding using the material entirely. The plastic footprint our generation will leave behind is inevitable, but it is possible to stop it from growing. Considering the lack of international attention on this issue, however, it seems unlikely.

We are probably better off with Calligristos Island of Doom.