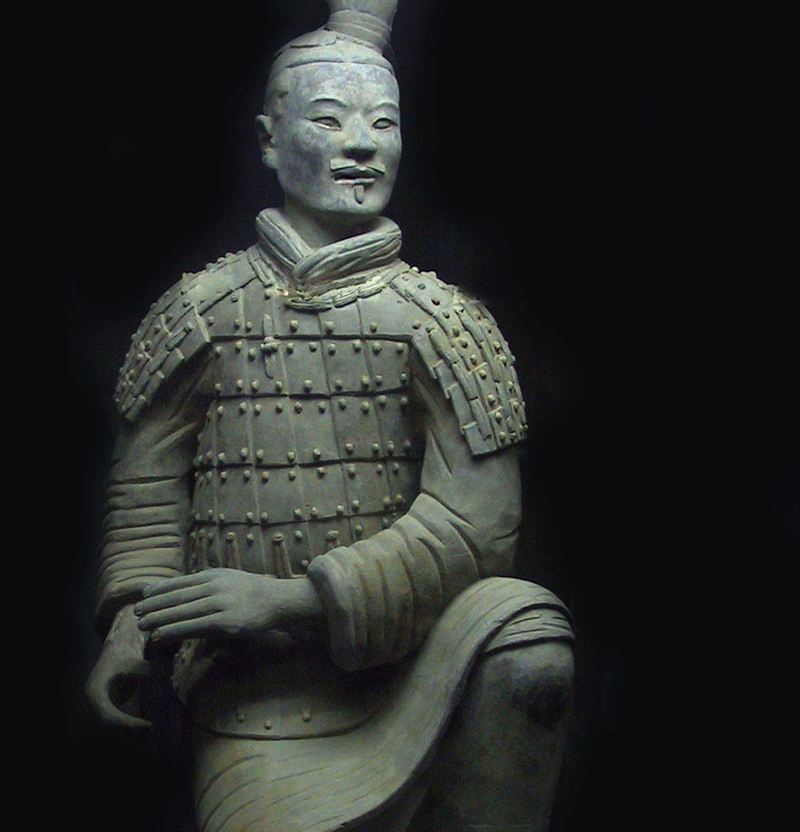 To shed light on the Emperor Win, the ROM invited professor Duan Qingbo of the Shaanxi Institute of Archaeology in Xi’an to speak on the archaeological implications that have stemmed from the unearthing of the terracotta army and Emperor Qin’s mausoleum, which today is one of the greatest archaeological finds in human history.

Professor Qingbo, the chief archaeologist in charge of the first emperor’s tomb, suggests that some of the icons and images within the mausoleum, such as the image of a chariot being drawn by three horses, indicate that the emperor came into contact with the West. This contact, professor Wingbo explains, likely occurred during one of the three tours the emperor took during his lifetime.

Throughout these tours, which spanned many years of Qin Huangdi’s life, the Warrior Emperor scoured China for the fabled elixir of life, which would supposedly bring him immortality. Ironically, it was during this search that Qin began constructing his tomb. The ROM’s Terracotta Army exhibit showcases over 250 terracotta figures from the tomb, included 10 life-sized ones excavated from a series of pits surrounding the tomb complex.

It is these pits, Qingbo explains, that make the Warrior Emperor’s tomb so remarkable. To date, 180 pits have been identified, making them the largest tomb complex in China and possibly the world.

The pits were accidentally discovered in 1974, and still remain largely buried, with only one of the three pits having been excavated to this date.

Despite this, archaeologists have discovered an astounding amount of well-preserved artefacts. To date, over 2,000 terracotta figures have been unearthed, along with over 42,000 weapons.

Much like Qin’s actual army, the terracotta warriors are ranked. Archers, infantry soldiers, cavalry soldiers, charioteers, and generals make up the silent army of the afterlife. Each figure is handcrafted and adorned with unique, distinguishing features.

The ROM is offering special student pricing with a valid student card, and half-price tickets on Friday evenings after 4:30 p.m. and Wednesdays after 3 p.m., until December 22. Information regarding lectures hosted by the museum are available on the ROM’s website at www.rom.on.ca.

These exhibits will remain on display until January 2, and will then move across Canada on a tour that will extend into 2012.