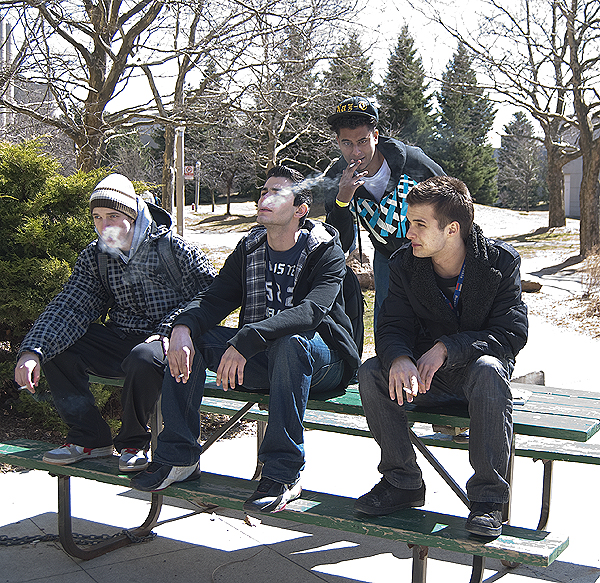 Nonsmokers probably don’t think smoking can bring positive social opportunities. Smokers, on the other hand, might be inclined to see what others would likely call their “disgusting habit” as a unique form of social networking.
Smoking is bad for your health and those around you. No question about it. But this habit can open doors to new levels of bonding. Take for example the Friends episode where Rachel takes up smoking so she can chat with her superior on a more personal level outside of the office.
Similar situations can be seen in universities, bars, clubs, coffee shops and other public spaces. When someone is outside having a cigarette break, an opportunity to socialize with a complete stranger seems promising. Standing together in silence can be awkward, so beginning a conversation with another smoker becomes natural.
“I meet a lot of great people when I take my smoking breaks. In fact, I have made some long-lasting friendships,” says Angela Barranca.
Whether talking about the weather or the reason you decided to hit the downtown clubbing district, smoking creates opportunities to make new friends and acquaintances. Also, many nonsmokers sometimes become occasional or social smokers while enjoying a night out with friends. As for the opposite sex, isn’t a casual opening like, “Do you have an extra smoke?” a great conversation starter?
Undoubtedly, smoking is a health concern for many people, but for others, it allows for conversations that take place effortlessly. If you are attempting to kick this old habit, try engaging in a healthier habit such as joining a gym. This will still allow you to socialize with others—just in a healthier circumstance.