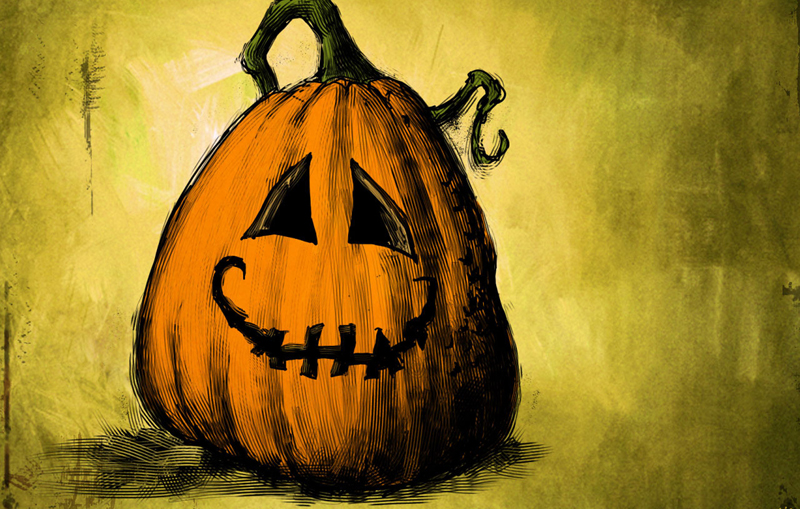 The very first Halloween customs descend from the druids of the Celtic people of the British Isles and Gaul (old France). Druidism was popular from 200 BC to 200 AD; most of the records on them come from Greek and Roman historians, but there aren’t many. Druid priests were shamans and necromancers, who believed that they were messengers for the division between the spiritual and human world. These priests thought that souls did not die; rather, the souls of good people who died were renewed in the lives of newborn children, and evil souls lived in the bodies of animals.

The Druids gathered in oak forests or by lakes and rivers to perform their rituals. On October 31, the Druids joined in a feast honouring their gods. This became the most important religious event of the Celtic year. For them, the new year began on November 1, and the Druids believed that the sins of their dead could be absolved by sacrifices  the night before. They believed that the gods had the power to choose whether souls would continue their existence as animals or humans, declaring a soul as good or evil.

The druids preferred to burn horses in these sacrifices, in connection with other borrowed pagan mythology (such as that of the ancient Greeks, for whom horses were the sort of heavenly beasts that pulled Zeus’s chariot and were related to Pegasus). They also burned black cats, which were believed to be witches transformed.

But on the festival of Samhain (which means “summer’s end”), they sacrificed humans. Men were imprisoned and tortured before being burned. By observing the way they died, the Druids pronounced omens of the future. Besides the sacrificial fire, other huge bonfires were built on hilltops and in the villages. These fires were supposed to rejuvenate the sun and to guide the good spirits on their journey.

Food was prepared for the spirits, in hopes that they would be pleased and help with the magical spells and curses invoked during the feast.

When Christianity became more prominent in Europe in later centuries, the ritual was moved a few days later and adapted to “All Soul’s Day”, and made a little tamer as “a feast for the departed souls of the faithful”. However, by the 16th century it was more or less a pagan ceremony again, and had adopted the name “All Hallows Even” (which means “all holies night”).

Although nowadays costumes range from princesses to witches to Disney characters to celebrities, the Druids believed that costumes should be scary in order to frighten evil spirits. Richard Cavendish, an occult author, reports, “The singers and dancers went from house to house in bloodcurdling masks and costumes, which may have been meant to protect them against evil and which were probably also tangible representations of what lurked unseen in the night.”

But in the new era we’re living in, sacrificing people or animals just might not be the best way to celebrate. In fact, even though just less than a month ago the United Kingdom officially recognized Druidism as a religion, you would probably end up in jail for practicing it like that. So just put on your wacky costumes, attend a few parties, fill your bellies with candy and have a HAPPY HALLOWEEN!