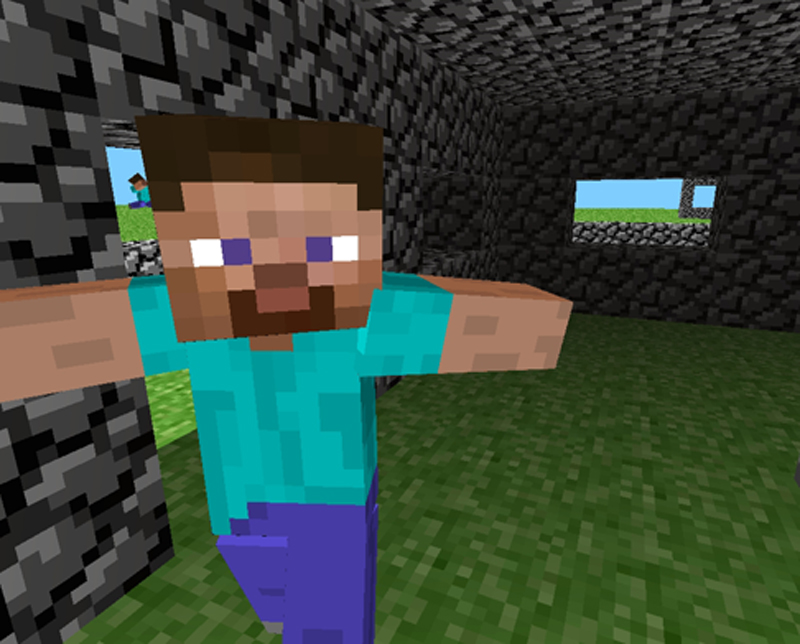 The first time the zombies came for me, I wasn’t ready.  It attacked me, and I died like an animal in a barren wilderness, with only my fallen hammer to mark where I’d been.

The next day, I had a house. The zombies spawned inside it and I died again.

A few days later, I had a fortress. I was the new boss in town. I could take potshots at the zombies for kicks from my tower, and if they did get close enough to my home to cause trouble, my wall of fire and clever traps immobilized them.

And I did it all with a pick and a craft bench.

Minecraft, developed by Markus Persson and his company Mojang, is a sandbox-style game where players use a single mechanic: the ability to “mine” materials with a pick and then make products at a craft-table. The game has more than three million registered players, with more signing on every day. It’s still in its beta stage—meaning it’s incomplete compared to what the finished product will be, but players can purchase the game online and recieve free updates as developments are made.

Minecraft has been praised for its depth of design: players can make just about anything within its world. Players have banded online to recreate entire cities in granite they mine themselves. They’ve also recreated giant computer circuits capable of calculation, and built towers of Babel reaching into the lego-block sun. The game pretty much lets you do anything you want, so long as you can survive the predators within the game.  Extra Credits, a web series on game design, praised Minecraft as an example of the “simple but deep mechanic”: “Rather than trying to teach you a million things the game it asks that you only learn one, and figure out everything that you can possibly do with it.”

Minecraft, and similar indie hits like Dwarf Fortress or Braid, have continued to be true exemplars of progress in the video game industry, and they’ve done it all without the big budgets usually associated with the triple-A studios.

David Wong, in his article “Life After the Video Game Crash”, points out that unlike any other medium, video games only stay entertained as long as gameplay is innovative. That’s the reason no one still plays the SNES.  For a while, he points out, graphics and three-dimensional gameplay satisfied that need for innovation, but now in an industry that only thinks of innovation in terms of graphics, the medium is on the course to ruin.

In this climate, games like Minecraft show an option to innovate gameplay via mechanics instead of better graphics or yet another version of Rock Band. Gamers should hope that these small producers keep doing what they do, and maybe get the attention of larger corporations to let their innovations reach larger audiences.