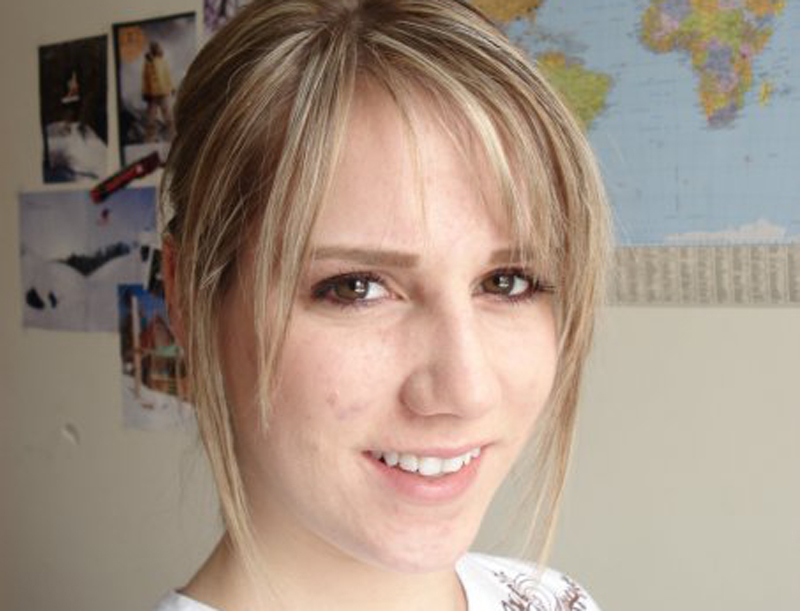 It’s no surprise that she received the award, considering her extensive feminist advocacy in the past few years. During the 2008/09 year, she volunteered as a general member for the UTM Women + Gender Studies Action Group (WGS-AG) and from 2009 to 2011 she has volunteered as the president of the group. Since 2007, it has been the ambition of the WGS-AG to (1) raise awareness, fundraise for, and promote change for issues of gender, race, class, health, sexuality,  that is, environment, social, and political issues, in the local community; (2) promote the women and gender studies program to fellow students at UTM, and (3) provide a welcoming, supportive and educational environment for its members to grow personally, socially and academically.

“In 2009/10 our fundraising efforts allowed us to make a $900 donation to the Credit Valley Hospital’s Campaign of Care initiative, with which we were able to purchase equipment for the new pediatric unit,” revealed Lasachuk. “This year to date, our efforts have reached over the $1,200 mark. And it has been decided that the money will go to fund the Peel Poverty Action Group’s literacy class for those who are experiencing poverty or homelessness in the Peel Region. The class happens at a soup kitchen in Brampton, and several of the WGS-AG members are instructors in the class.”

Between 2009 and 2011, Lasachuk has also been the volunteer coordinator of the UTM Sisters of Substance Leadership Retreat for girls in the local community.

“This two-day annual camp provides us an opportunity to reach and promote feminist values for girls in grades 7 to 11,” said Lasachuk. She added, “Myself, along with four other dedicated university students—Veronica Marchuk (UTM), Eve Dufour (UTM), Ashley Yoannou (UTM), and Allison Cleal (York)— planned a Mardi Gras Bowling and Poker Party fundraiser in Streetsville, which upon its execution (successful only with the incredible help of SOS volunteers and UTM students Natalia Czaniecki, Abbey Nejar, Rose Attalla, Roxanne Vieira, Anna-Lisa Bucci, and alumnShakira Abubakar) raised nearly $1,300 for the camp weekend.”

As part of her participation in the WGS Practicum, since November 2009 Lasachuk has volunteered with a nonprofit advocacy group, the Peel Poverty Action Group.

“Chaired by one of the three women whom I call my mentors, Edna Toth, this group works to raise awareness and promote social and political change for ending the epidemic of absolute poverty and homelessness in the Peel Region (Mississauga, Brampton, and Caledon),” said Lasachuk, who was offered a full scholarship to the University of Western Ontario to complete a master’s degree focussed on the feminization of poverty.

“I can truthfully say that had I not have been introduced to the issues of chronic, systemic, and gendered poverty the way I have been exposed to it with PPAG, I don’t think I would have bothered applying,” said Lasachuk. “The WGS Practicum, under the supervision of the wonderful Joan Simalchik, in combination with the efforts of Edna Toth, have changed the course of my life, and I am forever grateful.”

This year marks the 100th anniversary of International Women’s Day. While Lasachuk agrees with feminists who say that the most important part of celebrating IWS is “to honour and acknowledge the years of struggle which our feminist foremothers overcame in order to obtain the rights and privileges women enjoy today… for me, the more crucial part of the celebration is to acknowledge those women who currently advocate for gender justice around the world.”

Lasachuk continued, “Today in Canada, to an alarming degree, society (and even some conservative feminists) does not recognize that there are any significant gender inequalities which exist within the public and private spheres of contemporary life. In my last four years in the Women and Gender Studies Program here at UTM, I have come to realize that social justice for women doesn’t start with political voting privileges (first wave) and end with diverse sexuality tolerance (third wave), certainly not when pay equity, child care, the glass ceiling, racism, and violence against women are still ever-present symptoms of systemic patriarchy.”

“Therefore, every year on March 8th, when I think about the sisters we should be celebrating just a little bit more, I think about the nonprofit advocacy networks, grassroots movement organizers, the frontline shelter staff, the abuse hotline respondents, the feminist policy makers, the fundraising clubs and societies, the professors/instructors of feminist studies, and, of course, the survivors.  I think about these women because 100 years later they are not blind to reality; they are still inspiring change, they are still raising awareness—and as professor Joan Simalchik would say, ‘They are accumulating like snowflakes on the branches of sexism.’ ”