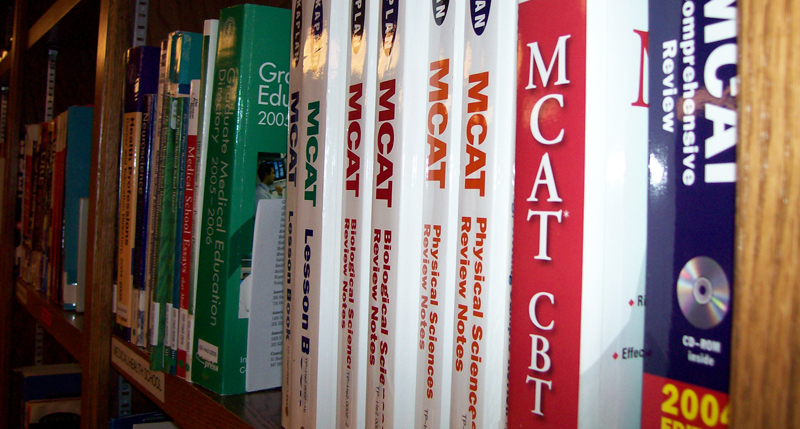 MCAT. These four letters can make the difference between a student getting into or being rejected by medical school. Thousands of undergraduate students in Canada and the United States write this standardized exam at least once in their lives. The MCAT, or Medical College Admissions Test, is often the final hurdle for a pre-med student’s application.

Most students spend months of their summer vacation ploughing through entire textbooks on physics, chemistry, organic chemistry, biology, and verbal reasoning. Many spend almost as much energy panicking over their practice test scores, their upcoming test date, and their final results. All students spend hundreds or even thousands of dollars before the exam is even over.

But is this standardized test really necessary?

The general standardized test has its roots as far back as 7th-century China, where job applicants wrote essays about poetry and Confucian philosophy. The creation of the printing press in 1440 A.D. in Europe allowed for standard printed written examinations. In 1845, American schools were already using standardized essay-based tests. By 1914, an American named Frederick J. Kelly had invented the multiple-choice test. Scanning machines followed. By the 1920s, American medical schools made the MCAT part of their admission process.

The standardized test is meant to provide admission boards with an accurate comparison of students from a variety of backgrounds. For instance, students attending one school may have a better education than students from another But if the first marks harder than the other, the smarter students will have lower marks on their transcript.

To solve issues like this, the standardized test presents students from all schools with the exact same types of questions. If students really are better, this should show in their test scores.

The MCAT is supposed to assess a student’s critical thinking and understanding. Four hours into a five-hour MCAT exam, all the sweating, typing, and scribbling equations in front of a glaring computer screen can affect your ability to think clearly. These tests mainly check that a student has the endurance needed in high-stress situations.

The exam can also help students with a lower GPA score. If they get high MCAT scores, this could lend an advantage.

Some groups consider standardized tests a very poor way to assess a student’s academic ability. For instance, if a student has everything it takes to be a doctor but has a bad day when writing the MCAT, his test score could seriously hurt his chances.

Standardized tests also bring in millions of dollars for test administrators and companies offering prep courses before the test. A Princeton Review classroom prep course for the MCAT, which runs for a total of 105 hours, costs nearly $2,000. That doesn’t include the MCAT exam itself, which costs about $230 for each writing. Students, especially in Ontario, have enough stress grappling with higher-than-average tuition fees. Of course, administrators and prep courses are hardly motivated to abandon such a lucrative testing model.

The concept of standardized testing in general comes with heavy debate. The question of whether this testing is fair or not may never be solved.

What can be said in favour of the MCAT is that Canadian and American doctors are rated among the best in the world. Nearly all these doctors underwent standardized testing. They may not have liked writing the MCAT, but their patients are glad they did.