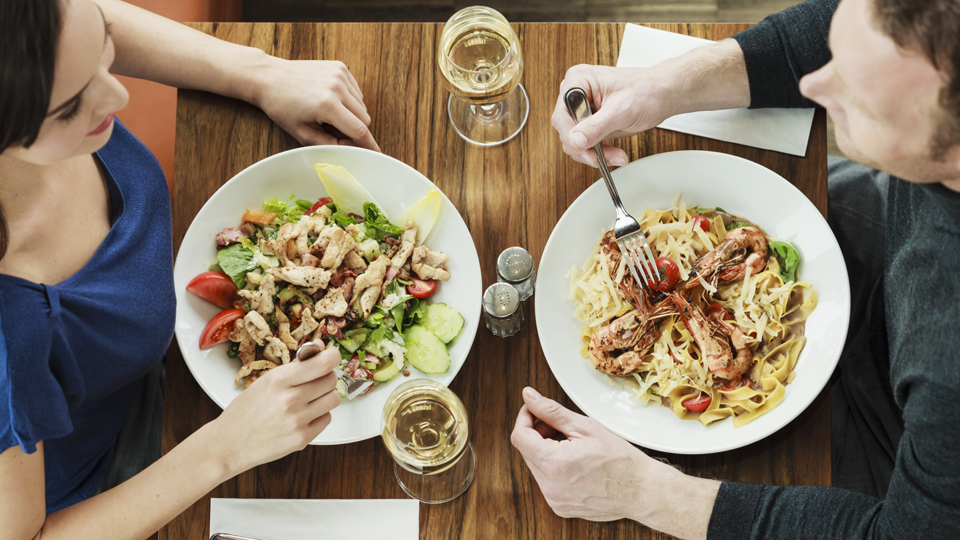 You and your significant other have just finished a lovely meal at… somewhere inexpensive, probably, considering your student budget. The waiter walks over with the bill. You both reach for it, but it’s expected that the man will pay. But men increasingly hope to split the bill with their date.

A Huffington Post article on this topic cited statistics from the American Sociological Association, according to which 84% of men and 58% of women say that the burden of paying still falls on the man. And though 57% of women offer to pay, 39% admitted that they hoped the guy would grab the check.

The article went on to say that 44% of women were pretty appalled when men asked them to help with footing the bill and close to two thirds of men wouldn’t mind the gal chipping in once in a while.

Meanwhile, do UTM couples go dutch or is the man still expected to pay? Of the young women interviewed, most didn’t think it was fair to place all the responsibility on the man. In fact, most believe that whoever did the asking-out should be the one to pay.

Sarah Shakeel, a third-year business specialist, says she wouldn’t expect the man to pay every time or cover the whole bill because as a university student, she understands how strapped for cash other students may be. “I don’t think it should be that men have to pay. Whenever I go on a date, I always bring money with me and I always offer to pay. But every date I’ve been on, the boy has always insisted on paying,” says Shakeel. “A few got offended that I even asked.”

Similarly, student Arianna Garcia believes that “it depends on who asked to go out on the date. No matter what, I always go dutch and split the bill.”

Shakeel believes the men offended by her offer to pay likely feel their masculinity takes a hit when women pay for meals. But recent graduate Nora Agha thinks that’s nonsense. Agha has been with her boyfriend (now fiancé) for nearly three years and he still pays for “80% of the meals”; when she has no money, she expects him to foot the bill, she says.

The article hypothesizes that differences in behaviour between different age groups may be a factor in determining whether men are expected to pay or not, though the researchers haven’t seen many such differences in the study. According to the Post article, the results were similar for the older age group in their thirties.

Heather MacDonald, a 31-year-old mother of two, says that if her husband proposes they eat out, he should be the one who pays, but that they go dutch for the most part. They’ve been following this tradition since they first started dating. She went on to say that it’s “not at all” fair for women to expect men to pay all the time. “But it’s been the norm for so long, it’s hard to kick the stupid out of people,” she says.

For the most part, girls don’t mind splitting costs. Which is good, because most boys are hoping they won’t.

John Daly-Voyska, a third-year student, says that “if anything, [payment] should be in halves so no one comes out looking cheap.” For first dates, Voyska believes it’s twice as important to split the bill so as not to start the relationship with the expectation that the man will pay for everything.

Similarly, second-year student Nicholas Desroches thinks that the cost should be split, even on first dates. “Each person should pay half,” he says. “I mean, you’re both trying to get to know each other.” Desroches added that he wouldn’t be too thrilled if someone expected him to cover the entire bill. “[On a] first date, I would feel used and it would definitely be a check in the negative column,” he says. “However, on other dates it would [be] situational.”

Third-year student Chris Negrao agrees with the ladies. “If a person asks someone else on a date, they should offer to pay,” he says. “If the person they asked insists on paying, then fine. But I think that person should definitely offer.” But if someone expected him to pay, Negrao says he’d be “a little surprised but I wouldn’t take it too seriously. At least I’d try not to. I’d probably be a little upset, though.”

Not every man agrees. Graduate student Steven Pletzer believes men should pay for dates, because “chivalry isn’t dead”. He does feel that couples who have been together a long time should set their own customs. For his part, he tries to pay the bill as often as she’ll let him.

“I feel couples decide based on their ideals,” Pletzer concludes. “But for me, I still try to walk on the side of the sidewalk closest to the street, hold every door, and pay for many meals.”

The Huffington Post also mentioned that younger men were more likely to believe that if they paid the bill, women should engage in sexual activity. Thankfully, a large number of men, including all but one of the young men I interviewed, disagree.

“Of course not. I would never expect sex for anything,” says Desroches.